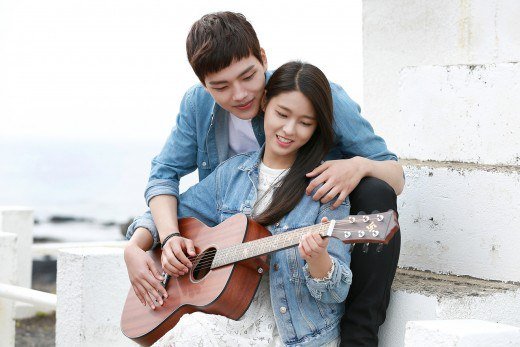 The two are dressed alike and they look as lovable as any regular couple.

Apparently, the two are getting along the more they meet.

They have been practicing the guitar so much for the drama so many are looking forward to hear what they sound like.

Meanwhile, "Orange Marmalade" is a romantic comedy about a world where vampires and humans co-exist. The lovely story between Yeo Jin-goo and Seolhyun can be seen this May.

""Orange Marmalade" Yeo Jin-goo and Seolhyun"
by HanCinema is licensed under a Creative Commons Attribution-Share Alike 3.0 Unported License.
Based on a work from this source