On Valentines Day - Share Some Love with the Korean Jazz Greats 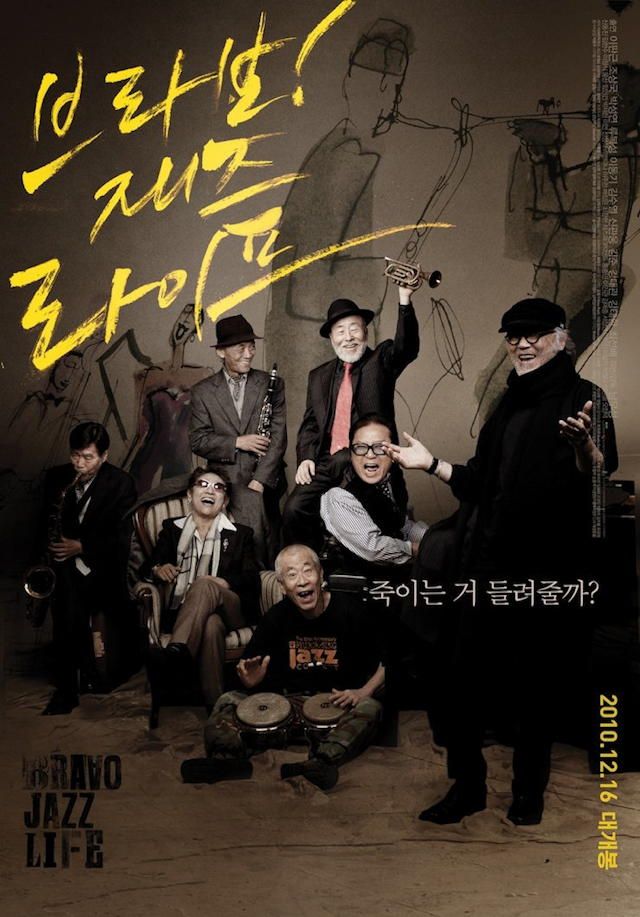 A recent documentary titled "Bravo! Jazz Life" features seven Korean musicians including Ryu Bok-sung, introduced in a recent article in the Los Angeles Times as "the king of jazz in South Korea". And those artists performed at their first show together in December 2010 in Seoul before a crowd of 200 which "was so successful that fans demanded a reprise performance, this time in a venue seating 2,500″ at the end of January. That article explains: "Jazz critic Nam Moo-seong, who directed the documentary and produced the two concerts, said the time was right to make sure South Korea appreciates its own roots of jazz. 'Without these people, there would be no ground for jazz in Korea', he said. 'A lot of them are dying. So somebody needed to tell these musicians' story'."

"On Valentines Day - Share Some Love with the Korean Jazz Greats"
by HanCinema is licensed under a Creative Commons Attribution-Share Alike 3.0 Unported License.
Based on a work from this source