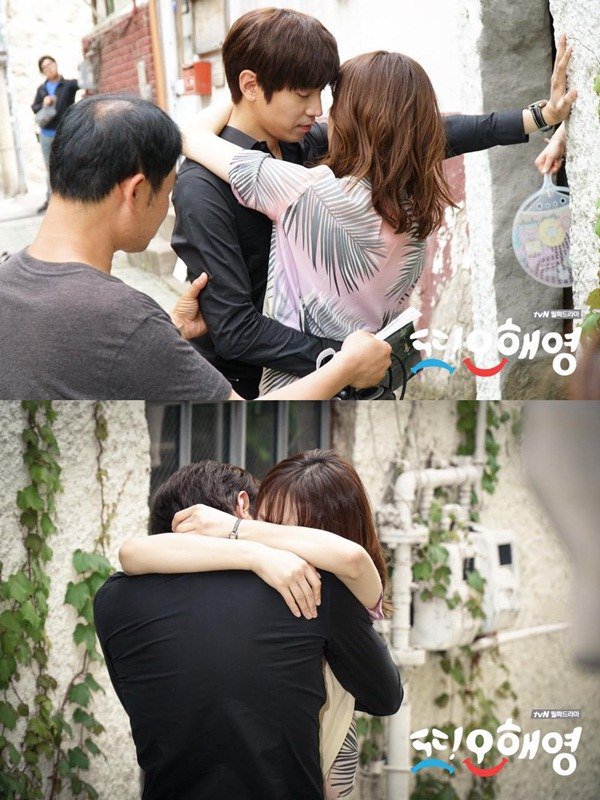 According to media, the kiss scene between Eric Mun and Seo Hyun-jin was done in one take.

Song said, "The kiss scene was going to be a rough one according to the scenario. They were emotionally engaged and as soon as the cameras started rolling, they got really into it".

"They didn't just focus on the kiss but Do-kyeong (Eric Mun) wrapped his arms around Hae-yeong's (Seo Hyun-jin) waist and they hugged each other after the kiss as well. They really seemed like they wanted each other".

Behind-the-scene cuts of "Oh Hae-Young Again" were released on the official Facebook page.

Meanwhile, "Oh Hae-Young Again" has been breaking record ever since its start.

""Oh Hae-Young Again" Eric Mun and Seo Hyun-jin create kiss scene without NG"
by HanCinema is licensed under a Creative Commons Attribution-Share Alike 3.0 Unported License.
Based on a work from this source