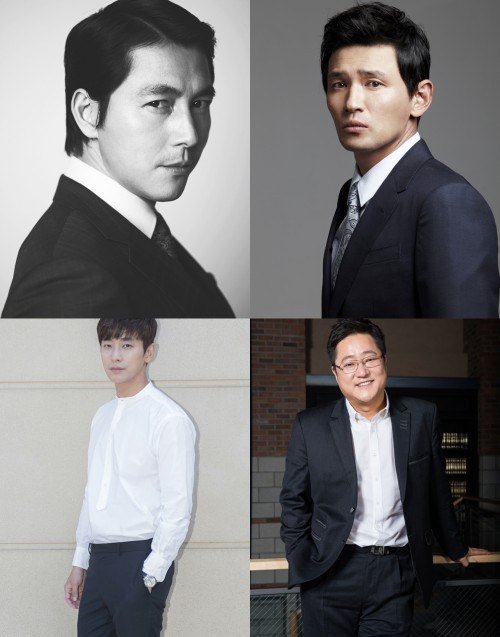 Actors Jung Woo-sung, Hwang Jung-min, Ju Ji-hoon, Kwak Do-won and others are starring in "Asura: The City of Madness".

"Asura: The City of Madness" is a criminal movie about bad guys fighting to survive in a hell-like world and is produced by Sanai Pictures and directed by Kim Seong-su.

From the word 'mayhem' "Asura: The City of Madness" is about an endless fight between bad guys who struggle to survive in this world.

"Asura: The City of Madness" also brings together Jung Woo-sung and director Kim Seong-su once again. Jung Woo-sung plays Han Do-kyeong, the eye of the storm and a detective who will do anything to survive.

Hwang Jung-min plays Park Seong-bae, an evil major who is fermented with corruption and interests. Ju Ji-hoon is Moon Seon-mo, a friend of Han Do-kyeong who ends up working for Park Seong-bae. Kwak Do-won is prosecutor Kim Cha-in who digs into Park Seong-bae and his corruption.

Jung Man-sik is 'Snake Eye' Do Chang-hak, the leader of the investigative team and Yoon Ji-hye is Cha Seung-mi, an investigator with acting power and determination. Kim Hae-gon is the chairman of a construction company and a gang, secretly involved with Park Seong-bae and Kim Won-hae is Han Do-kyeong's source nicknamed "Crocodile".

"New movie "Asura: The City of Madness", starring Jung Woo-sung, Hwang Jung-min, Ju Ji-hoon and Kwak Do-won"
by HanCinema is licensed under a Creative Commons Attribution-Share Alike 3.0 Unported License.
Based on a work from this source