New Dramas Are Coming, From "Oh My Baby" to "Sweet Munchies" 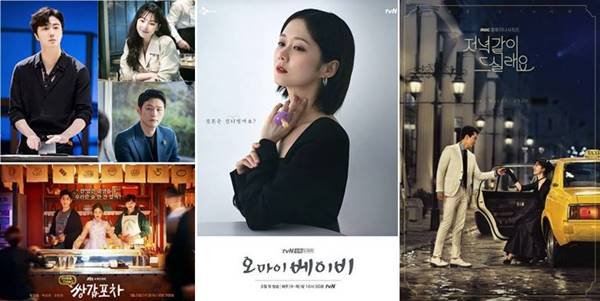 Along with the warm spring breeze, various new dramas are in full swing.

A feature of the dramas that begin in May is the return of old faces to drama after a long time. The genres range from dramas that contain comic elements to ones that have a calm impression with healing and consolation. 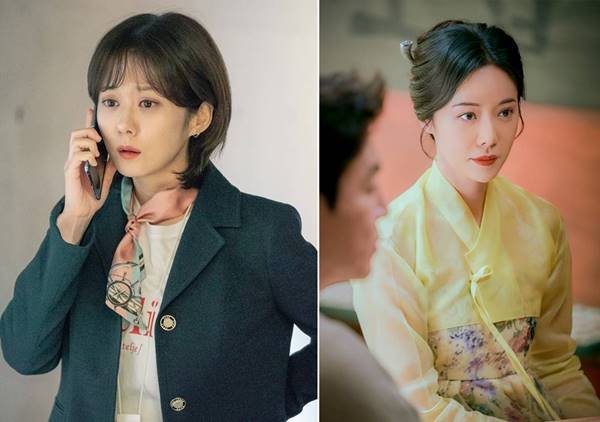 Jang Nara will appear on tvN's "Oh My Baby" and Hwang Jung-eum will star in jTBC's "Mystic Pop-Up Bar" at a similar time.

TvN's "Oh My Baby", starring Jang Nara, is a must-see romance about Jang Ha-ri, a candid and confident parenting reporter who wants to skip marriage and have only children, and three men who belatedly catch her attention. Jang Nara will play Jang Ha-ri, giving viewers a laugh with her unconventional character.

Regarding the reason for choosing the work, Jang Nara said, "I chose it because I was able to show comical acting that will make viewers laugh after a long time", adding, "I wanted to act because I was able to relate to various stories of women, especially marriage and childcare, as well as poetic materials such as single parenting, working mothers and small and realistic lines that hit the heart".

"In particular, it will be interesting to see the contrast between Go Joon's charm and Park Byung-eun's sly charm. Jung Gun-joo, who is younger than me, will show off his wacky charm", she added.

Hwang Jung-eum transforms herself into an 'aunt' in jTBC's "Mystic Pop-Up Bar". It is a fantasy counseling drama in which a tough owner of a mysterious street pub and a pure young part-timer enter the dreams of customers and relieve their resentment, which encompasses rom-com and mellow.

Hwang Jung-eum said, "I will show you various charms through the role of Wol-joo, the pub 'aunt' and counselor", adding, "Wol-joo seems to be tough and self-centered with the perfect appearance, but she chose the work because she has many charms that are warmer than anyone else's".

"Wol-joo is waiting for those in suffering at the Mystic Pop-Up Bar", she said. "It will be more fun to watch what happens to Wol-joo while solving customers' concerns".

In addition, "Mystic Pop-Up Bar" is a drama based on a Daum webtoon. The story's solidness is also drawing keen attention, as it received a perfect score of 10 points from readers and won the excellence award at the 2017 Korea Comic Awards.

Monday-Tuesday dramas have food and romance. "Sweet Munchies" is a love triangle romance between late-night snack healing chef Jin-seong, avid producer Ah-jin and popular designer Tae-wan. The three will be portrayed in the story of getting to know each other through food and finding romance in mixed minds.

"Sweet Munchies" is Jung Il-woo's return to drama for the first time in more than a year. Jung Il-woo plays Park Jin-seong, a late-night snack healing chef who even wants to cook for people's hearts. He runs a special restaurant called Bistro 72 that relieves late-night hunger, becoming the host of "Sweet Munchies" with a special hidden secret by the suggestion of regular customer and producer Kim Ah-jin.

Kang Ji-young, a former member of the group Kara, is playing her first lead role in a local drama. Kang Ji-young plays Kim Ah-jin, a passionate producer, and shows her passion as a contract entertainment producer who works hard while looking towards her directing debut. Ah-jin, who visits a late-night restaurant as her only pleasure, jumps into the job with a mission to make sure the "Sweet Munchies" is given as her last chance just before the contract is terminated.

Actor Lee Hak-joo, who remains in the minds of viewers with his strong presence in "The World of the Married", also heralds an unprecedented transformation. He plays Kang Tae-wan, a popular designer who captivates customers, showing off his stylishness from head to toe. Tae-wan happens to be in charge of styling Park Jin-seong, and he gets to know Ah-jin and develops love for her.

On the other hand, "Dinner Mate" is the first drama that Song Seung-heon and Seo Ji-hye work together in. It's about two men and women who have deteriorated their feelings of love, sharing dinner together, showcasing a delicious one-meal romance that makes them fall in love with each other's charms.

Song plays Kim Hae-kyeong, a psychiatrist who specializes in food psychotherapy. Seo Ji-hye plays Woo Do-hee, a sick content producer on a Web video channel. Although the two are not missing out on appearance and charm, they have something in common with the trauma of their first love.

Hae-kyeong is on a long-term love break and Do-hee is just passing through another bitter heartbreak tunnel. Expectations are rising over the chemistry between the Hae-kyeong and Do-hee, who have become fantastic dinner mates after many twists and turns.

Lee Ji-hoon-I plays Jeong Jae-hyeok and appears as Seo Ji-hye's first love in the past. Son Na-eun plays Jin No-eul, a social media celebrity and fitness trainer. Jin No-eul, who is also Kim Hae-kyeong's ex-girlfriend, realizes that no one is as good as her ex and reveals a strong desire to possess him, giving off a vicious instinct.

"New Dramas Are Coming, From "Oh My Baby" to "Sweet Munchies" "
by HanCinema is licensed under a Creative Commons Attribution-Share Alike 3.0 Unported License.
Based on a work from this source