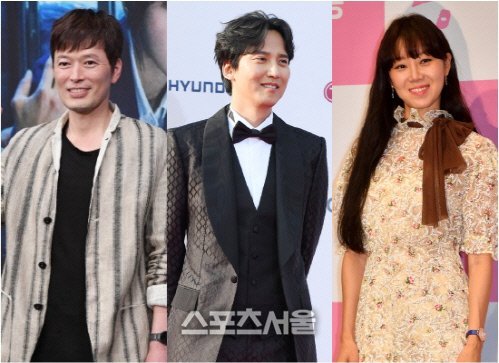 With the 2019 KBS Drama Awards on the 31st, the network broadcasting awards relay has begun. While this reminds us that the end of the year is nearing, it is also a festival acknowledging those who have worked hard throughout the year and focuses on who the grand prizes will be awarded to. This year, network broadcasters regained their self-esteem by reclaiming the throne of dramas, which was lost to cable and general service channels, as they sought to change the genres and production time of series.

Who will be the ones to top off the year's final festivities? The MBC Drama Awards air this 30th while SBS and KBS will hold their shows on the 31st.

- MBC, the power of the season or fresh series?

MBC changed its drama time from 10PM to 9PM. It started with Wednesday and Thursday drama "One Spring Night" and Monday and Tuesday drama "Investigation Partners Season 2". In particular, "Investigation Partners Season 2" was also the first multi-season series to air on MBC. Even before the 9PM policy began, "Investigation Partners Season 2" hit 9.9% in viewership and is even looking at a third season. Therefore, Jung Jae-young of "Investigation Partners Season 2", which is responsible for a good start for MBC, must be mentioned as its candidate for Best Actor. But this year, MBC's fresh challenges were also encouraging. Kim Dong-wook from "Special Labor Inspector, Mr. Jo", introduced a new line of profession as a labor supervisor in dramas and even gained weight for the role. As a result, he managed to change around his image from the one in the film "Along With the Gods: The Two Worlds". Han Ji-min and Jung Hae-in from "One Spring Night" and Shin Se-kyung and Cha Eun-woo from "Rookie Historian Goo Hae-ryung" and Kim Hye-yoon, Rowoon and Lee Jae-wook from "Extraordinary You" are also expected to achieve good results at the awards show.

- SBS begins with "The Fiery Priest" and ends with "VIP"

SBS made various attempts with drama this year. A new system of Friday and Saturday dramas was established, it temporarily took a break from Monday / Tuesday dramas and introduced a Monday / Tuesday TV show for the first time, and is currently airing a Wednesday and Thursday show. This seems to have worked. The single-figure viewing rate gave in with "The Fiery Priest" as its beginning line-up. Despite concerns, the drama rated a record of 22% and highlighted new supporting actors such as Jung Young-joo, Eum Moon-suk and Baek Ji-won alongside Kim Nam-gil and Lee Honey. The title role performance by Kim Nam-gil was also amazing. Thus, he is the most likely candidate for Best Actor. However, SBS has been on a roll since then. Will Ji Sung take the title for the second year with "Doctor John" or will Lee Seung-gi from "Vagabond"? Jang Nara in "VIP", which is responsible for the latter half of the year, is not an exception. She is also the co-host of the awards show with Shin Dong-yup.

- KBS, "Liver or Die" to "When the Camellia Blooms"

KBS is expected to be the most closely contested among the network awards this year. This is because it is the year of its highest achievement among the three broadcasters. It has been revived as a drama kingdom after coming up from its slump. In response, the candidates who will be awarded the acting grand prize of the KBS drama awards this year are also outstanding. Yu Jun-sang in "Liver or Die" and Kim Hae-sook in "Mother of Mine" portrayed our lives in a warm and realistic way. However, Gong Hyo-jin of "When the Camellia Blooms", which is in charge of KBS in the second half of the year, is also a strong candidate. All three dramas are based on the common theme of 'human drama', which tells the story of our lives. "Liver or Die" holds a highest record of 22.7%, "Mother of Mine" of 35.9% and "When the Camellia Blooms" of 23.8% respectively, leaving a significant scorecard amid the so-called era of 'none TV generation'. In addition, "Woman of 9.9 Billion" is currently doing well with favorable reviews.

"Network Acting Grand Prize, From Kim Nam-gil to Gong Hyo-jin"
by HanCinema is licensed under a Creative Commons Attribution-Share Alike 3.0 Unported License.
Based on a work from this source