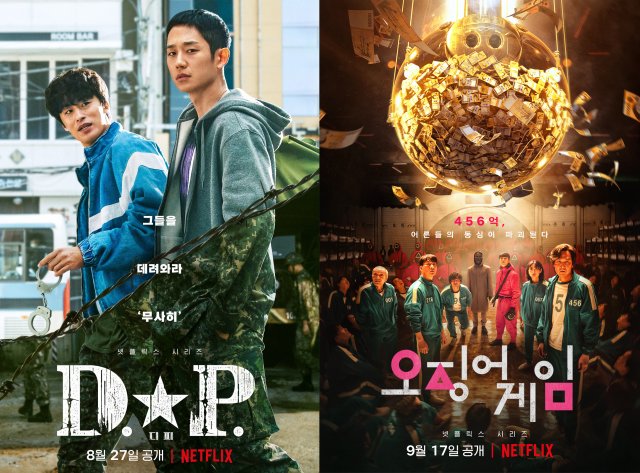 With competition for OTT intensifying day by day, Netflix is expected to become the No. 1 in the industry by releasing K-contents in the second half of this year.

For global OTT company Netflix, South Korea is a 'content production base' aimed at the entire Asian market. Netflix, which invested a total of 770 billion won in Korean content over the past five years since its entry into Korea in 2016, invested 550 billion won this year alone to start producing original content in earnest.

As a result, in the first half of this year, "Move to Heaven" starring Lee Je-hoon and "Kingdom: Ashin of the North" starring Jun Ji-hyun were released in order. The works were ranked on Netflix's worldwide ratings, confirming the potential of K-content. 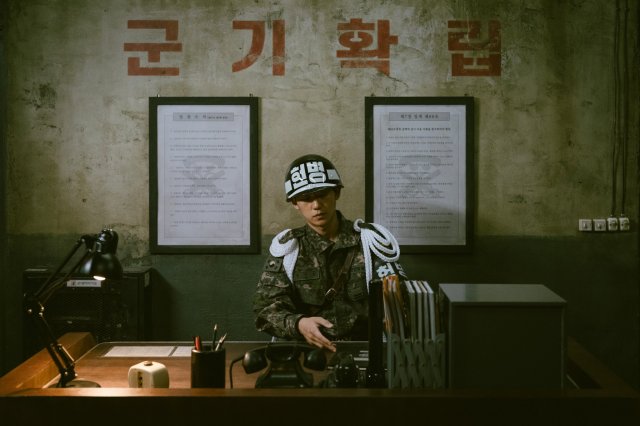 In the second half of the year, Netflix has prepared an original series with ambition by attracting top stars and top production crews. Following the original webtoon series "D.P", "Squid Game" starring Lee Jung-jae, and "Hellbound" starring Yoo Ah-in and Park Jung-min, have confirmed their release, amplifying viewers' expectations. 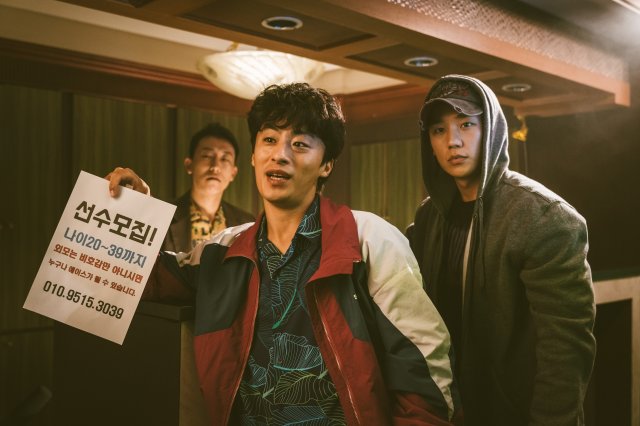 "D.P" is a series based on the popular webtoon "D.P. Dog Day", which has more than 10 million views with its unique subject matter of catching military deserters and the inconvenient reality of the military and society. As there are many webtoon fans, popular actors such as Jung Hae-in, Koo Kyo-hwan and actor Kim Sung-kyun, who drew a lot of attention from the beginning production stages, will star in it and the original webtoon writer Kim Bo-tong will participate. The unique theme of the story of ordinary but unusual military deserters is expected to serve as an interesting factor for viewers who have not watched the webtoon. 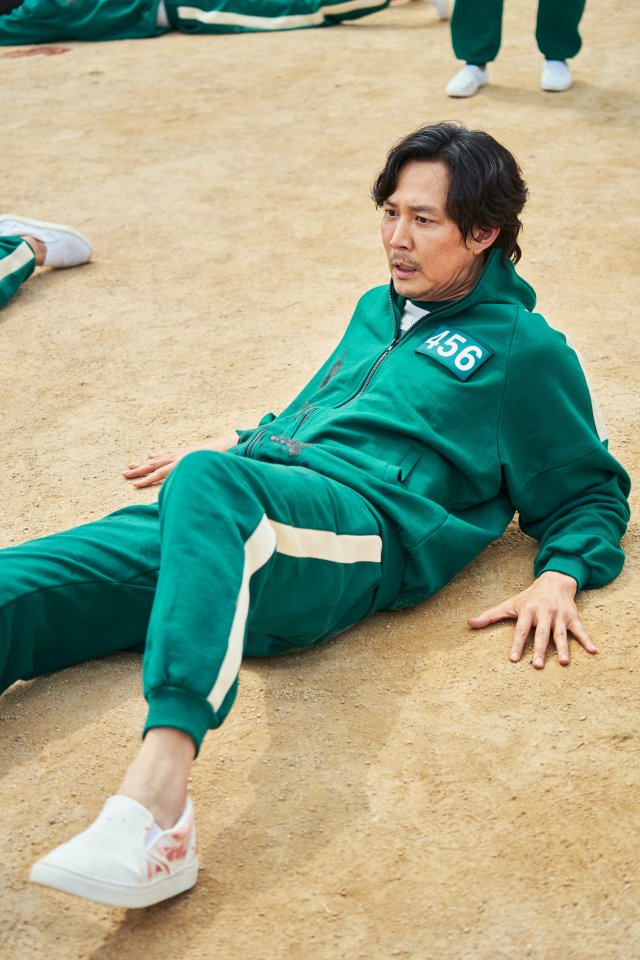 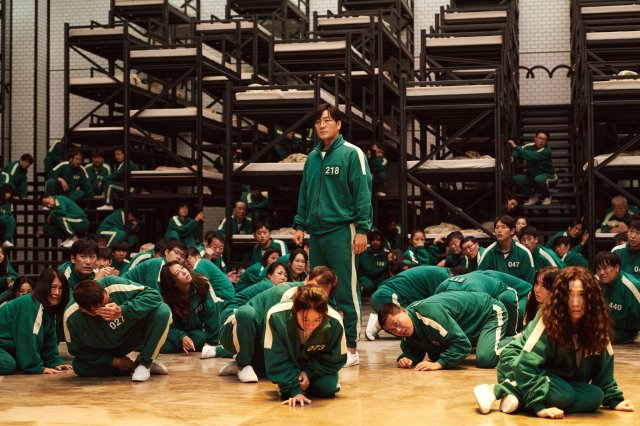 Actor Lee Jung-jae's first OTT entry, "Squid Game" has also received enthusiastic responses since the recent release of the trailer and still cuts. It is a Netflix series about people who risk their lives to challenge extreme games to become the final winner of a mysterious survival game with 45.6 billion won in prize money. Director Hwang Dong-hyuk, who directed "The Fortress", "Miss Granny" and "Silenced" will take on the megaphone and unfold an unpredictable world of survival games. Lee Jung-jae returns after a long time, and Park Hae-soo, who returns with his third Netflix work after "Persona" and "Time to Hunt" is also looked forward to. It will be released on Netflix on September 17th. 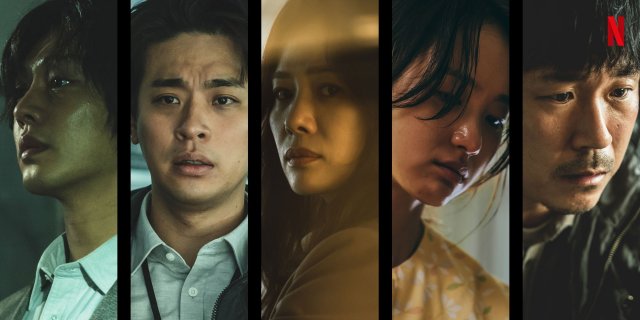 Director Yeon Sang-ho's "Hellbound" which was officially invited to the on-screen section of the 26th Busan International Film Festival following the 46th Toronto International Film Festival, is also an original series produced and presented by Netflix. "Hellbound" which released its first teaser trailer on the 26th, received explosive responses by presenting a scene of an intense worldview that has never been seen before.

"Hellbound" is about humans facing a supernatural phenomenon that is neither a miracle nor a curse. To live through this unrealistic reality, these humans create hell. Director Yeon Sang-ho of "Train to Busan" and "Peninsula", Choi Kyu-sok of the manga "Awl" join forces and famous actors such as Yoo Ah-in, Park Jung-min, Kim Hyun-joo, Won Jin-ah and Yang Ik-june gather together to add to the fantasy of "Hellbound" . "Hellbound" which will be presented first at the film festival this fall, is expected to be released on Netflix in the second half of this year. 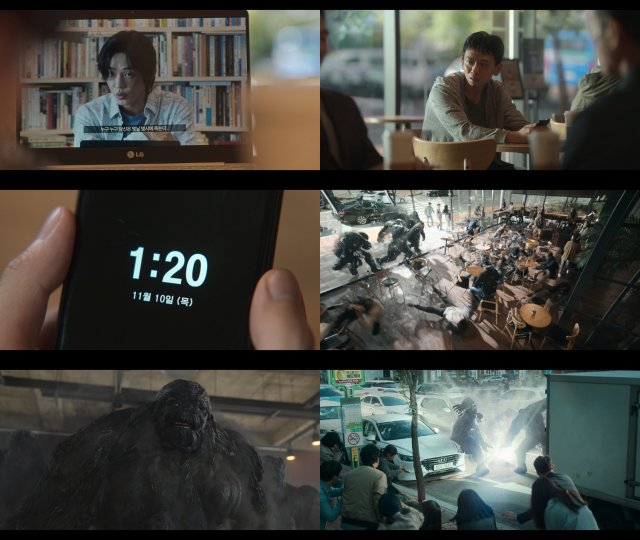 In addition, "The Silent Sea" in which Gong Yoo and Bae Doona are starring in and Jung Woo-sung produced, also predicted the release of Netflix. "The Silent Sea" is a mystery sci-fi thriller that follows the story of elite scientists who set off for the moon to retrieve some unknown samples from an abandoned research station for the sake of Earth, which has run out of food and water. It is a series of short films directed by Choi Hang-yong, who received attention at the 13th Mizangsen Short Film Festival in 2014, and was written by writer Park Eun-kyo, who won the 29th Korean Film Critics Association Award for "Mother - 2009". It will be released on Netflix later this year. 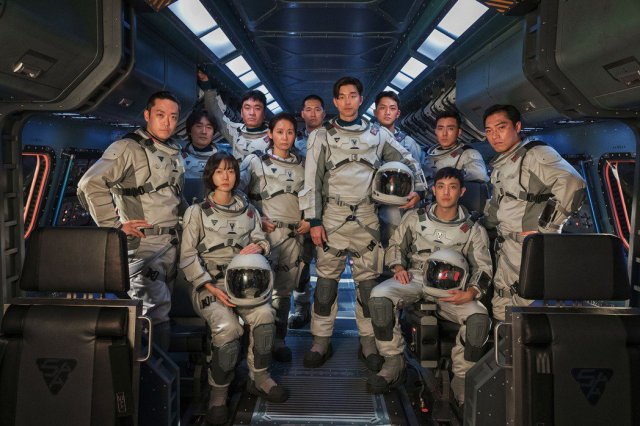