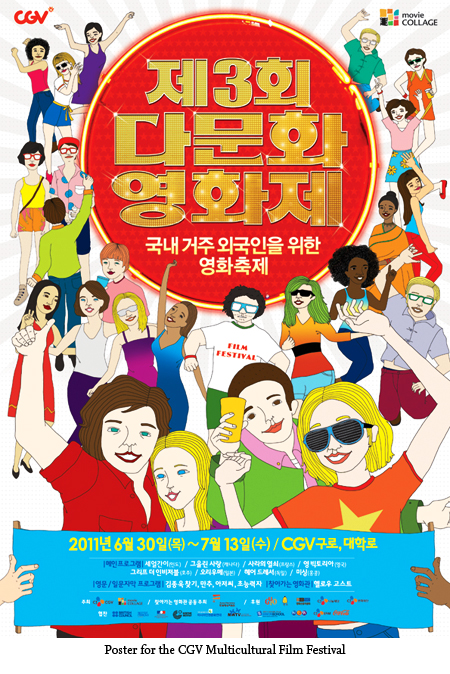 Though some 1.2 million foreigners reside in Korea, amenities for non-natives are still deemed insufficient. In hopes of filling in the cultural gap, CGV Theater, one of the country's biggest cinema chains, is hosting the 3rd Multicultural Film Festival in Seoul beginning Thursday, through July 13.

The festival aims to provide foreign residents with an opportunity to enjoy a more diverse range of movies in Korea, according to organizers. Overseas students studying in Korea as well as migrant workers and immigrants are invited to the event.

A total of eight films from around the world as well as four homegrown works will be screened with English and Japanese subtitles at CGV Daehangno and CGV Guro.

Organizers say the films were selected by quality and popularity, mostly from Asian and European countries. "Audiences will have the chance to experience different cultures through films, which have never been released in Korean theaters", said Yi Sang-kyu, head of PR at CGV. 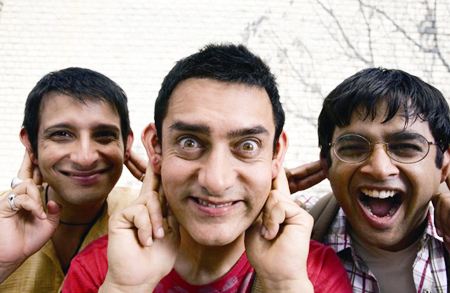 "Three Idiots" (2009), an Indian road comedy about two college friends heading out on a journey to find a buddy who had changed their lives forever, will open the festival at 3:50 p.m. Saturday, at CGV Daehangno.

Jung Kwang-hyun, president of the Korean Indian Film Association, will host a discussion on Indian cinema and culture after the screening. Two other talk sessions with film critics are arranged after the German comedy, "The Hairdresser" (2010), and the Canadian-French "Incendies" (2010), on July 4 and 5, respectively.

The festival will also reach out to the multicultural population living in areas with little access to theaters through "Cinema on Wheels". The program visits three regions around the city to screen "Hello Ghost", a Korean box office hit about a man fulfilling the wishes of four ghosts, providing free popcorn and beverages.

Tickets can be purchased on site for 8,000 won on weekdays and 9,000 won on weekends. Foreigners are entitled to a 2,000 won discount. For more information on the screening schedule visit www.cgv.co.kr.

The writer is an intern at The Korea Times.

"Multicultural film fest beckons foreign residents"
by HanCinema is licensed under a Creative Commons Attribution-Share Alike 3.0 Unported License.
Based on a work from this source