Hwang Jung-min and Kim Hye-soo have been named the most popular actor and actress in an email survey of 10,286 people by the Chosun Ilbo and ticketing site Max Movie.

All three are all in their 40s, while only a few stars in their 20s made it into the top 10. The results clearly reflect the changing demographic of moviegoers in Korea.

A majority of the top 10 most popular actors and actresses were in their 30s to 50s, the only exceptions being Chun Woo-hee and Han Hyo-joo, who are in their 20s.

The average age of the 10 most popular actors was 39.5, with Hwang, Song, Lee Byung-hun, Cho Jin-woong and Jung Woo-sung in their 40s.

Hwang has over the past year appeared in a series of films -- "Ode to My Father", "Veteran", "The Himalayas", "A Violent Prosecutor" and "The Wailing" -- and they were all hits.

The average age of the most popular actresses was 36.1.

Kim appeared in a single film in 2015, "Coin Locker Girl", which was no great success at the box office, but she made a strong impression with her role as a crime boss. She also recently starred in TV series "Signal", which drew good response from viewers and critics.

Veteran actors such as Kim, Jeon Do-yeon, Hwang and Song have always been in the top slots since the survey first began in 2006.

The only young star who made it into the top 10 best actresses this year was Chun Woo-hee, who appeared in "Love, Lies" and "The Wailing".

A movie producer said, "Actors whose work is below par get a cold reception from audiences these days. Regardless of their age or looks, those with proven acting skills keep getting juicy parts".

But the main reason is an increase in the number of moviegoers in their 40s or over, replacing the teenagers and 20-somethings who used to guarantee box office success.

A growing number of people enjoy going to the movies alone.

When asked in 2013 whom they recently went to the movies with, only 8.2 percent said they went alone, but the figure rose to a whopping 42.4 percent this year.

According to CGV, people who bought only one ticket from its website surpassed 10 percent for the first time last year at 10.1 percent. 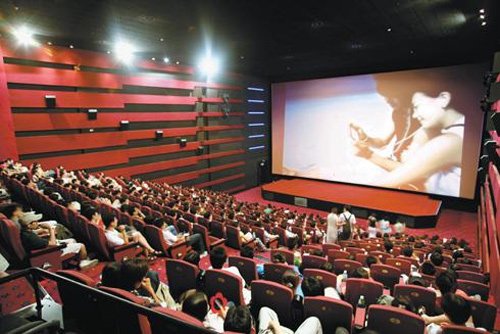 According to a report released by Statistics Korea last December, 56.8 percent of Koreans over 15 said they prefer their leisure activities alone, up about 13 percentage points from 2007.

When asked their favorite way of watching movies, 87.4 percent of the respondents said the theater, up 26.4 percentage points from 2007.

The proportion of people who favor downloading movies on the Internet halved from 13.1 percent in 2007 to 6.6 percent this year, while that of those who prefer cable channels plummeted from 14.5 percent to a paltry 2.2 percent.

Watching DVDs and videos dropped to as low as 1.1 percent from 9.6 percent.

Movies attracted more than 200 million viewers for the third straight year since 2013, and Koreans watch an average of 4.2 films a year. However, when asked if a rise in ticket prices would affect their movie-going decisions, 86.7 percent said yes.

"Moviegoers Prefer Older Stars, Watching Alone"
by HanCinema is licensed under a Creative Commons Attribution-Share Alike 3.0 Unported License.
Based on a work from this source