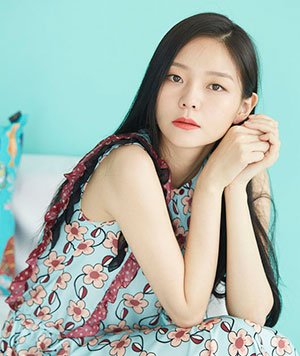 Esom added a new genre in her filmography with "Warriors of the Dawn", a historical war film which was released last week.

The model-turned-actress said her penchant for acting grew after she appeared in an indie film in 2010. "I wanted to try something new to widen my acting spectrum, even if it is a small role", Esom said.

"I'm still modeling occasionally, but I stayed away from the runway while shooting the film as I wanted to fully focus on being an actress. Whenever people around me give me some compliments, I feel the urge to do better", she said.

Was it difficult to do a "masculine" film where most of the cast were men?

"There was nothing inconvenient in particular, but I was just worried in the beginning if I fit the role which had to wear hanbok or traditional Korean dress all the time", she said. "It was also hard to accommodate myself as most scenes were shot from deep in the mountains".

"Warriors of the Dawn" tells the war story during the Japanese invasion of Korea in the 16th century.

"Model-Turned Actress Feels Growing Penchant for Acting"
by HanCinema is licensed under a Creative Commons Attribution-Share Alike 3.0 Unported License.
Based on a work from this source