MC Mong: 'I Feel Guilty for Offending People. I Want to Enter Army' 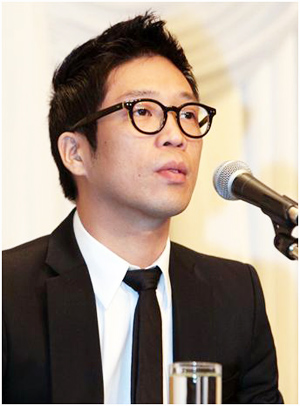 MC Mong indicated his position after the court ruled that he did not violate the military service law.

Singer MC Mong, who had been charged with suspicions that he had purposely removed his own teeth to dodge mandatory military duty and had been found not guilty of violating military service law, said, "I am certainly guilty as I hurt people's mind. I would like to fulfill my military obligation". He participated in the official press conference held at the Grand Hilton Hotel for the first time after ten months since last June when the allegation concerning his military issue had been raised. On April 11, the Seoul District Prosecutor's Office judged that MC Mong was not guilty of violating the military service law, but guilty of postponing his military duty by presenting false evidence. MC Mong said while shedding tears, "Now I want to fulfill my military duty.

I am not trying to regain popularity from people, but I am trying to be honorable in front of people by fulfilling military obligation as a Korean". But MC Mong cannot join the military at this moment. If he had been found guilty, MC Mong, who was born in 1979, would have been required to receive a physical examination again regularly until 2014 according to the military service law that says a person under 36 years old must fulfill his military service, but he had been judged not guilty, so he cannot join the army due to the age limitation. He said, "I heard that I could not join the army even though I want to, and the only way that I can join the army is that I have to be found guilty. But I could not admit to what I never did. Actually, I do not know what I have to do right now. I only hope that I can have a chance to join the army or I can convince people about my innocence. And now I am trying to find every method for this". 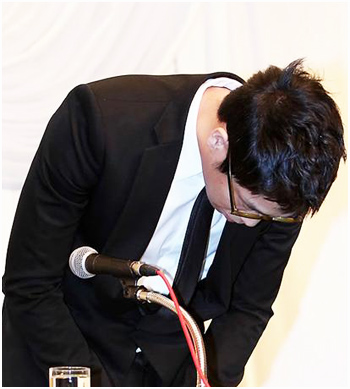 MC Mong also explained his position about the judgment of guilty, which he recently lodged an appeal against, by saying, "It was my false statement that I postponed the enlisting schedule with false evidence by saying I took a national exam, which I had never taken. I am apologizing for telling a lie. But the timing for entering the army was a very sensitive issue not only for me but also for my agency, so I had to follow the decision that had been made by the agency. I have little excuse for this because I carelessly responded to my own problem". He also presented explanations on many issues that people have been curious about including the reason why he had questioned about enlisting condition by posting an inquiry on an Internet portal website in January, 2005, and the reason why he did not have an implant operation on his teeth. He said, "I was one of those people who have to enter the army, so I just wanted to have information about enlisting. if I had tried to dodge my military duty by purposely pulling my own teeth, I would have not posted the writing with my own identification. I just wanted to know my physical level, so I asked about my physical condition for entering the army". About the allegation that he purposely did not have an implant operation, he explained, "First of all, I was afraid of going through an implant operation. I could not see a dentist due to my financial situation at first, but later I did not have time due to my busy schedule. In addition, I felt Ashamed about my physical weakness. I also did not have any inconvenience about living life without teeth". He sincerely made an apology to the public. He made his last comment, saying, "I have fought not for dodging enlisting, but for being honorable as a person, not as singer MC Mong. I wanted to uncover the truth for my family and my fans, so I faithfully engaged myself in investigation. I had a hard time while experiencing the trial. I am really sorry to many people. But please never regard my sincere heart is bad only because I had pulled out my bad teeth. I could become more mature while going through this hard time. I am sorry for disappointing many people and not becoming a model for others as an entertainer". The prosecutor has lodged an appeal for the judgment made by the court that said he was not guilty.

"MC Mong: 'I Feel Guilty for Offending People. I Want to Enter Army'"
by HanCinema is licensed under a Creative Commons Attribution-Share Alike 3.0 Unported License.
Based on a work from this source