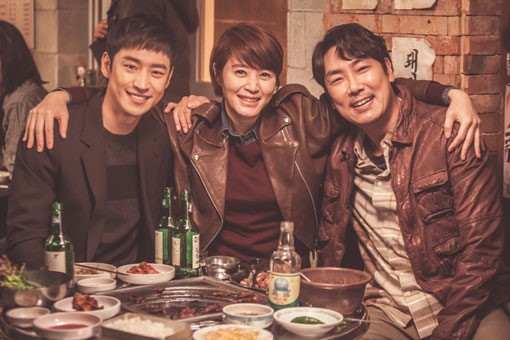 One of the most popular dramas of 2016, "Signal" is preparing for its second season that aims to air at the end of 2018. The cast and crew of the drama are yet to be confirmed.

"Signal" was praised for its high quality in every aspect from start to finish. In addition to the intriguing story and flawless directing, the casting of this drama was perfect with actress Kim Hye-soo, actors Lee Je-hoon, and Cho Jin-woong. Ending the last episode with a 13.4% ratings high, "Signal" became the nation's favorite time-traveling thriller.

At the wonderful news of "Signal 2", many netizens commented about their love for the original drama and hope for the same cast and crew in season 2.

"[Lily's Take] "Signal 2" in the works"
by HanCinema is licensed under a Creative Commons Attribution-Share Alike 3.0 Unported License.
Based on a work from this source