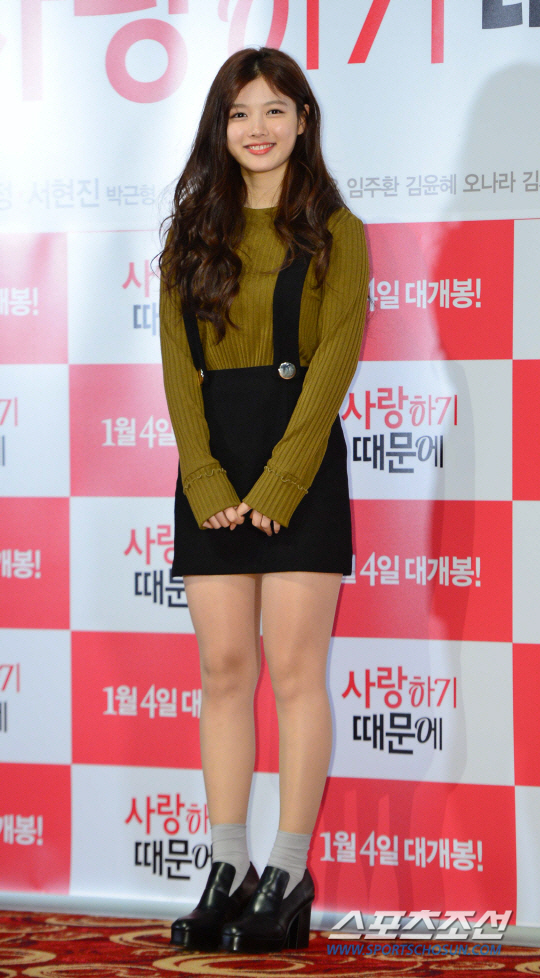 There's such a big uproar about this issue, it's beginning to sound so ridiculous. On the 19th, there was a stage greeting for the upcoming movie "Because I Love You", starring Cha Tae-hyun, Seo Hyun-jin and Kim Yoo-jung. In the event, someone filmed the actress Kim Yoo-jung and uploaded on the internet, saying how insincere and disrespectful her actions were in the official event.

The audience divided in two groups, those who think it's the worst thing a young actress could have done (lol) and the people who are defending her. 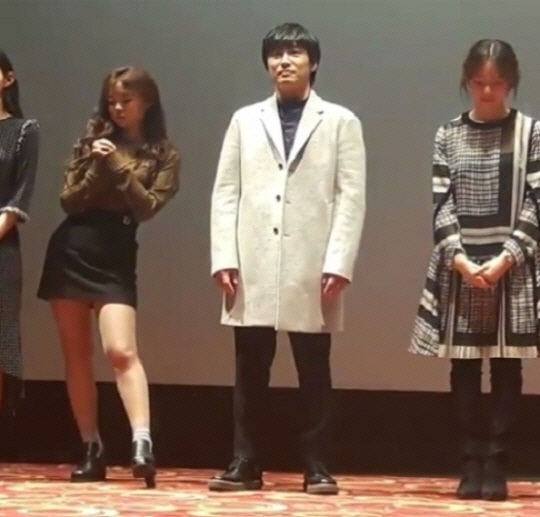 As the director and the producer of the movie was giving a speech, Kim Yoo-jung was sighted to be not paying attention, playing with her fingers and leaning on one foot. My first reaction to this was a little mixed. In Korean culture, leaning on one foot is considered a rather rude gesture – that is true. Perhaps she should have been more professional and pay a better attention when others were giving a speech. This is my pet peeve even in a daily setting. However, my initial reaction was "Give this poor little girl some slack!" Some people are saying that even the senior actors/actresses were fighting the boredom (the speech must have been really boring haha), and such a young, inexperienced actress was being so disrespectful. For that, I want to say it back: Exactly. Consider how young she IS. She's been exhausting herself in all the drama and movie filming, interviews and photoshoots. If anything, I'm surprised she is still smiling throughout her busy schedule. 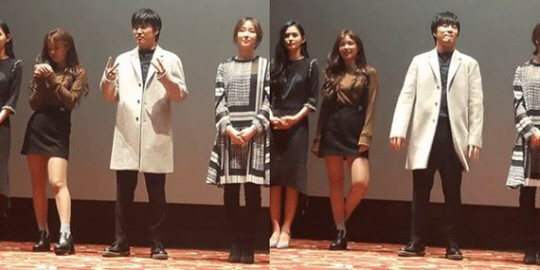 People who are defending her brought up the fact that they need to see the entire picture – not just the part where she was "slacking". At the greeting, she paid her respect by giving a polite 90 degrees greeting and there were some other actors who occasionally seemed to be drifting away in thought. Another fan said how ironic it is because there was an actor who was also leaning on one foot and rather than being issued with having an "attitude", people commented such thing as "Of course, he's a model!" It does seem unfair how the media is treating the two so diffrently.

On the 22nd, her agency announced an official apology that Kim Yoo-jung is sending a deepest apology for her behavior and feels sorry to disappoint the fans who were trusting her.

Well, to give a positive end note here, it shows how much of a big star Kim Yoo-jung has become. Even her tiniest moves are being watched and she's gaining that jealousy along with the fame. It is one of the experience that top stars go through like it or not, and I hope she continue to shine under the spotlight without being discouraged by an issue like this.