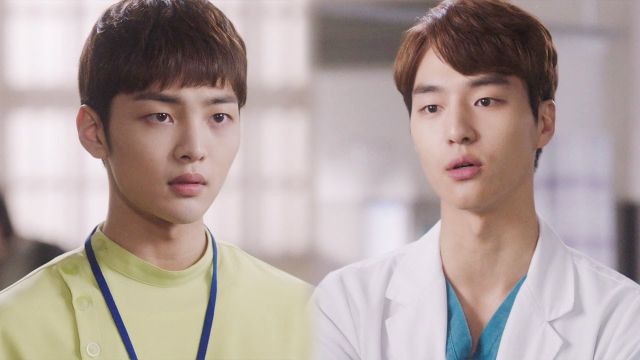 These eye candies made watching drama even more enjoyable for me last season. They are handsome, AND good at acting. Four of you just got another fan day dreaming about you guys! 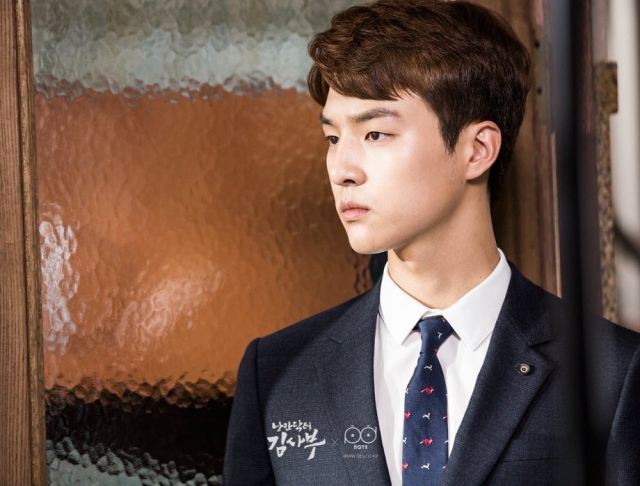 Handsome! Yang Se-jong acted as Do In-beom, the sour child with father complex. In the beginning he had a misunderstanding that Yoon Seo-jeong was his hidden half-sister, so he was extra mean to her. He sparked a twisted rivalry towards Kang Dong-joo but later on developed somewhat of a friendship. This poor child is always seeking for his father's approval which made his little tantrums a bit more bearable in the show. 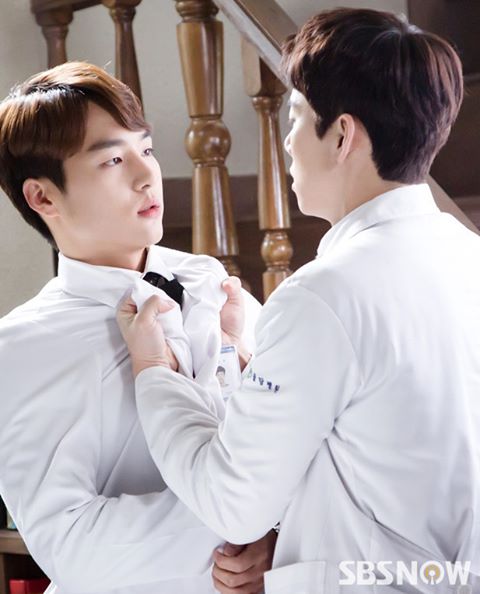 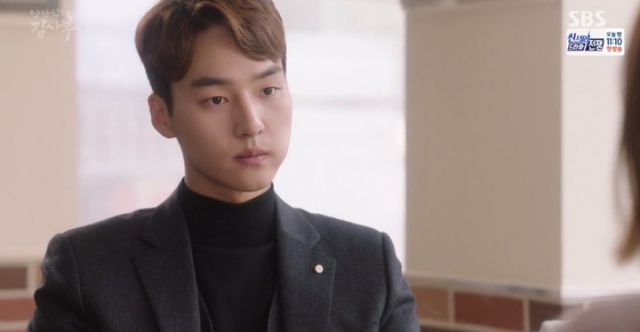 On episode 9 though, the pizza scene shoot me right in the heart. Even though he was being an annoying little bully, he reminded me of a hamster as he argued with Seo-jeong with a mouth full of pizza. 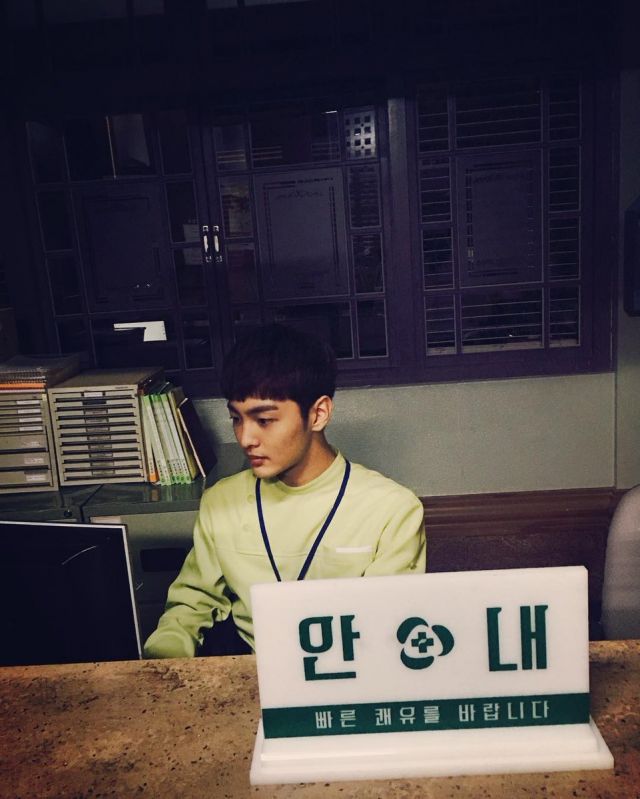 Actually, I'm planning on dedicating an entire article to this eye candy after this. Actor Kim-Min-jae-I is definitely one of the hottest support role this season. In this drama though, he captured my eyes with a clean, fair skin tone and a beautiful face. 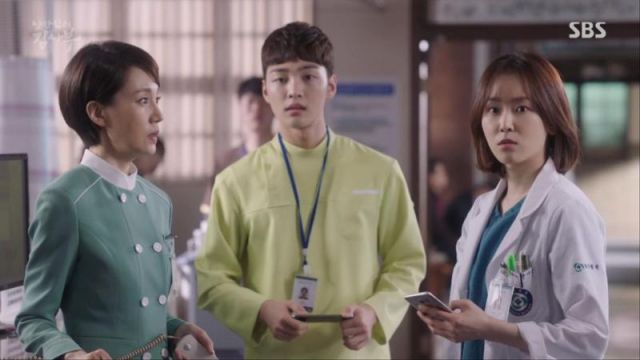 Personally, his character, Nurse Park Eun-tak was so charming. He is the quiet one who's just doing what needs to be done. He have everyone's back in Doldam Hospital and everyone relies on that dependability. He may be reserved in normal settings but he can be hot-blooded when he counters injustice (That's so hot.)! Also, the romantic side of him was another big plus for me! 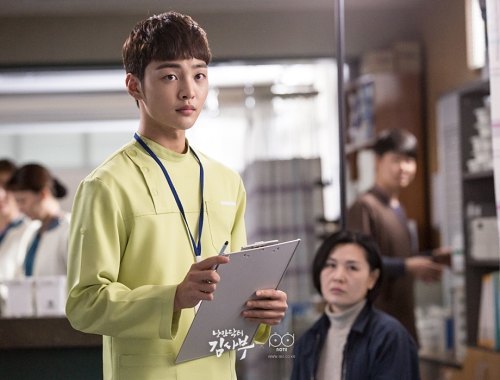 Can someone look any better in that light green uniform?

"The Legend of the Blue Sea" Shin Won-ho 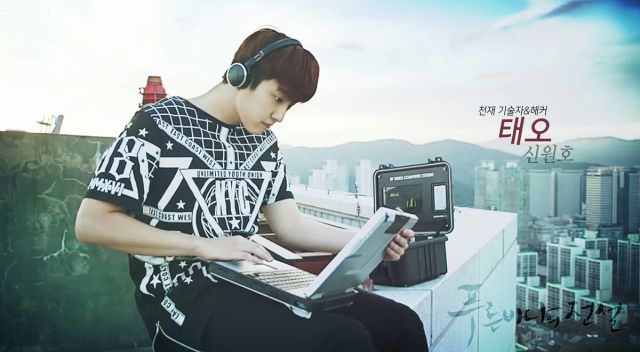 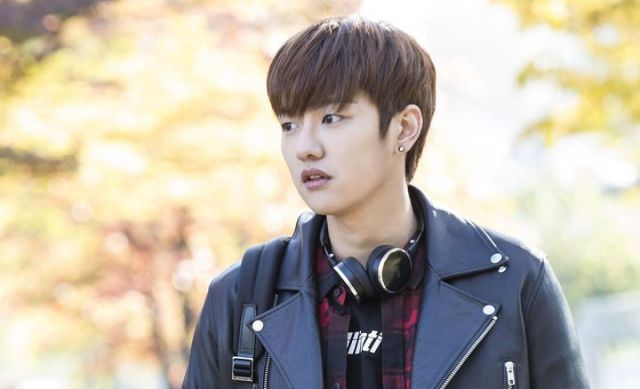 I did not realize he was a K-pop idol group member. He is in a group called "Cross Gene" but more famous for his acting career. In the drama "The Legend of the Blue Sea", he took the role of Tae-oh, who's a genius hacker. His rebellious attitude is clearly shown in his eyes. 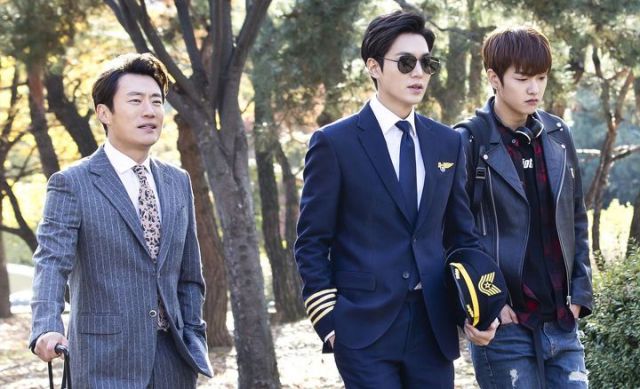 Meet the youngest of the Fraud Trio. 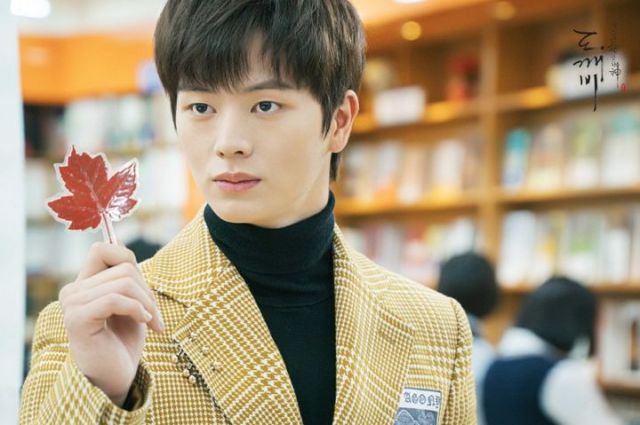 So, one of the biggest reason why I was so excited for this drama in the beginning was because I'm such a fan of Yook Sung-jae. He is also a member of a K-pop idol group. In his group "BtoB", he is the youngest, yet the funniest. He excels in everything: vocal, dance, entertainment, and even acting! He did a great job acting as the young heir  the spoiled child who's destined to serve the Goblin. He is a trouble maker, yet when the Goblin or the Grim Reaper cause the big trouble, he is there to do all the clean up! Yook Sung-jae shine bright even between the two veteran actors, and he was loved dearly by the two. Yook Sung-jae's acting was quite impactful when the Deity possessed his body too. 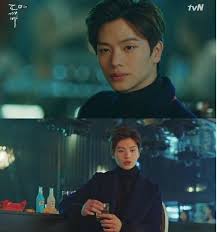 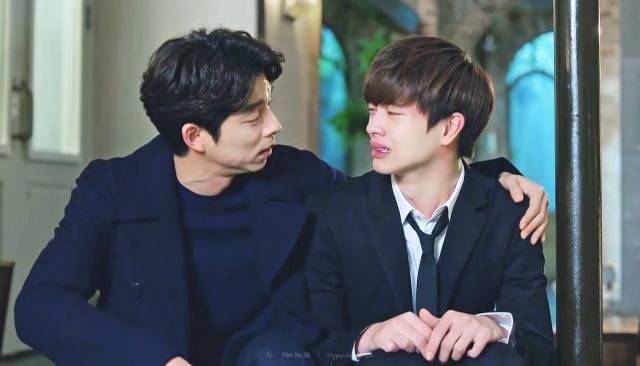 Also, when he lost his grandpa and was crying on the staircase, it made my heart broken into pieces and shattered. Good thing Goblin was there to comfort him.

The main characters can't be 100% without the support roles! In the last season dramas, I was happy to have these four handsome, charming support actors adding their part in the dramas I loved!

"[Lily's Take] Fangirling Over These Four Support Actors"
by HanCinema is licensed under a Creative Commons Attribution-Share Alike 3.0 Unported License.