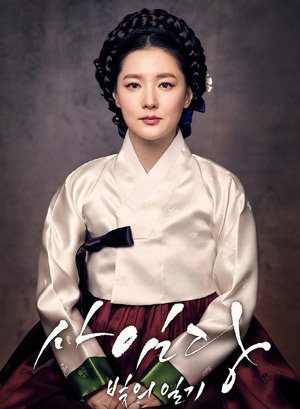 The drama has drawn much attention with its star-studded cast and particularly Lee's return to the small screen after a more than 10-year hiatus.

The drama tells the story of Shin Saimdang (1504-1551), a renowned artist and writer during the Chosun Dynasty.

Lee plays both Shin Saimdang and a present-day art historian, with time shifting to the past and back as the mysteries of Shin's diaries and paintings are unraveled. Song plays a free spirit raised in a strict family, and his life changes after an encounter with Shin.

SBS is seeking to broadcast the show in China simultaneously.

"Lee Young-ae's New TV Series to Air Early Next Year"
by HanCinema is licensed under a Creative Commons Attribution-Share Alike 3.0 Unported License.
Based on a work from this source