Lee Sung-kyung and her twin 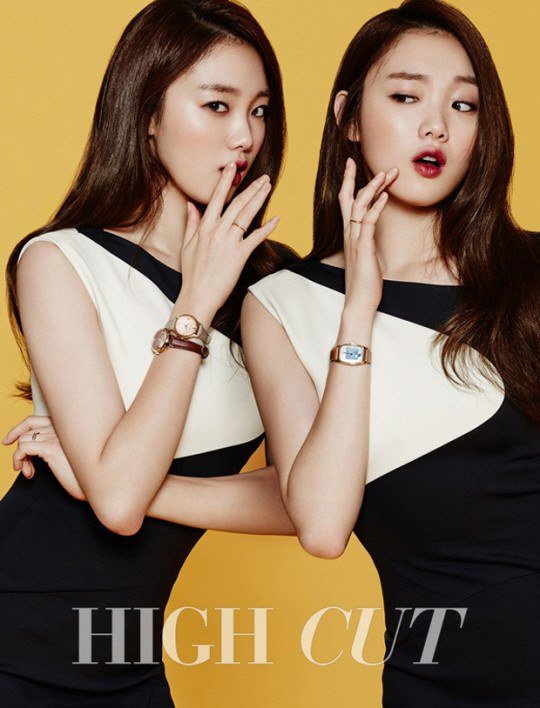 The photo shoot was carried on with Paul Smith Watches and starred Lee Sung-kyung as an actress and model at the same time.

She starred in the SBS "It's Okay, That's Love" as a rowdy girl and is currently starring in "The Queen's Flower" as Kang I-sol.

Meanwhile, more pictures can be seen in the 146th issue of High Cut.

"Lee Sung-kyung and her twin"
by HanCinema is licensed under a Creative Commons Attribution-Share Alike 3.0 Unported License.
Based on a work from this source