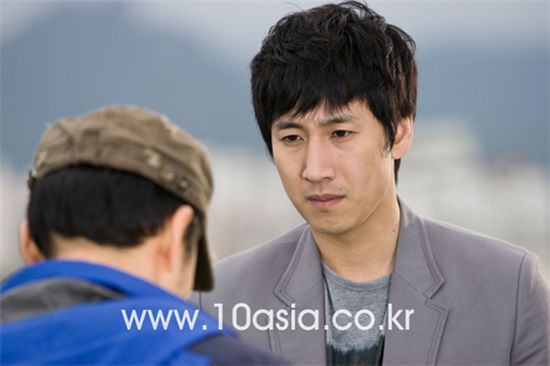 Actor Lee Sun-kyun takes part in a shoot for "Our Slightly Risque Relationship" at the KBS building in the city of Sokcho of Gangwon Province on May 16, 2010. [photographed by Chae Ki-won/10Asia]

Q: There must be a unique charm to doing single-episode dramas that is different from doing a mini-series or a movie.
Lee: Actually, single-episode dramas are shot under poor working conditions. Being back on the set of one for the time in a long time, I am realizing again how bad it is. (laugh) But the best thing about working on a single-episode drama is that there are many experimental scripts. The variety of characters is even broader than in movies. Even when you compare it to doing a mini-series, which you get used to after a while, there is a difference both content and structure-wise. That's the fun stuff, really. If I could hope for something more, I wish they would bring the late-night air time of single-episode dramas closer to earlier hours, and increase the production budget. A good drama comes from having better working conditions.

Q: As an actor, how did shooting single-episode dramas help you?
Lee: What helped me was that I had a lot of opportunities to play a variety of characters. It is hard for a newcomer actor to be part of the main cast right away. These days, many idol group singers become the main actors in dramas. I think it has now become difficult to reach that level unless you have such recognition and celebrity. I started by playing small roles. Sometimes I would play lead roles in single-episode dramas but even then I didn't get a lot of attention. But playing the main character helped me as an actor in itself, and doing single-episode dramas became a learning opportunity for me. But now that opportunity has completely disappeared. Just like writers and actors, directors have lost the opportunity to create and actively contemplate their work. 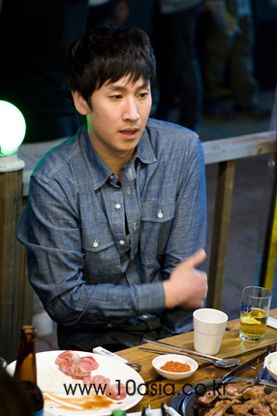 Q: It must be hard for you to give advice to young actors.
Lee: It is. They ask me what they should do and I don't really have an answer for them. It is hard to get supporting roles through auditions, but these days the path of supporting actors advancing to main actors has been cut off. In other words, there is a clear distinction between leading and supporting actors. With a limited set of characters, the actors who play them keep on repeating as well. In the old days, they said that opportunity would surely come if you work hard.. in theater or whatever.. I am not saying that playing lead roles is always a good thing, but I am disappointed that actors are getting less and less opportunities.

Q: The "Taereung National Village" episode of MBC's "Best Theater" was a breakthrough role for you.
Lee: My fondest memories of doing dramas and movies are from shooting "Taereung National Village" because it made me feel that I could be happy while working on a drama. I love it and I was happy. It was the first time since I took up acting that I bragged to people about my work. I wasn't the main character in it but I went around telling people that it was my drama and that they should watch it. I'm sure I looked great in the show because the director did a good job. (laugh) But I felt great when I was shooting it and I loved the final version too. At a time when I was doing one-episode dramas, this drama made me feel the joy of being an actor more than the responsibility.

Q: Are there any single-episode dramas that you remember watching?
Lee: I couldn't go see movies at the theater when I was young, so I didn't have much to do for fun except to read books. And I used to enjoy watching MBC's "Best Theater" because they had many unique dramas that I remember for their visual images. I particularly loved the "Shampoo Fairy" episode. "Best Theater" was part of the reason that I worked on "Taereung National Village" with director Lee Yoon-jeong. Director Lee made her directorial debut through a drama called "Magic Alcohol Power" and it was so entertaining that I asked around who the director was. And they told me that it was this female director at MBC who had great taste. Just when I was wondering about this director named Lee Yoon-jeong, the people from "Taereung National Village" called me up and I ended up appearing in the drama.

Q: KBS' single-episode drama has returned but its popularity is not as high as one expected.
Lee: All the directors and writers believe that single-episode dramas must be revived. But, at the same time, they are worried that they could go off the air anytime. So they have a considerable amount of pressure to shoot it well. They need to start work feeling relaxed and unburdened, but their concerns could make them anxious. You know how you tend to do too much when you are trying to do a good job? I hope they can work on their dramas feeling comfortable. If they get rid of the pressure to make a big hit or a good drama, won't they be able to make a good drama?

"Lee Sun-kyun says single-episode dramas "got me where I am""
by HanCinema is licensed under a Creative Commons Attribution-Share Alike 3.0 Unported License.
Based on a work from this source