Lee Seo-jin turns out to be from a royal family 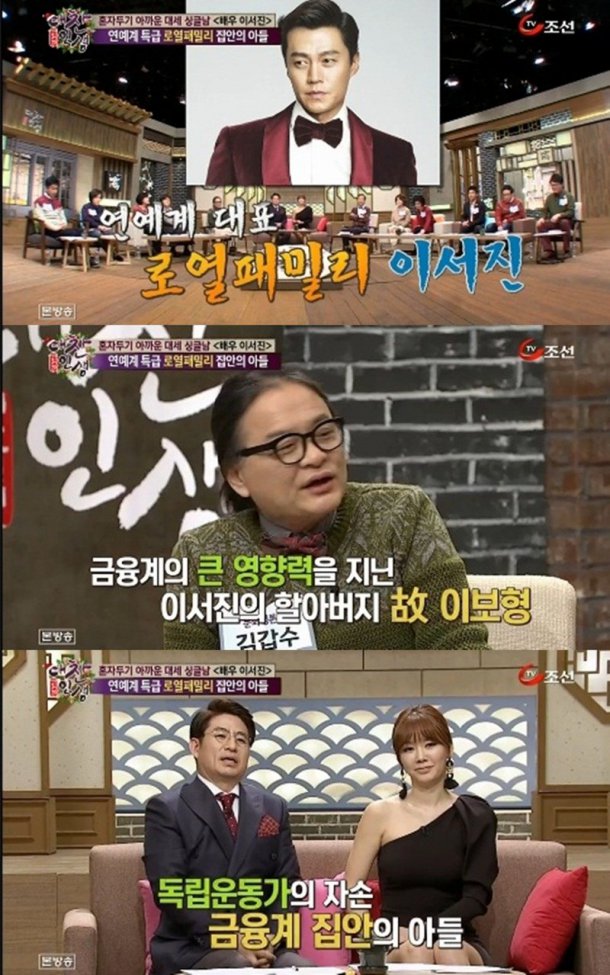 The reason why Lee Seo-jin was called 'royal' was revealed.

Lee Seo-jin is a known elite with the education, the background, looks and personality from an affluent family.

However, there was another reason why Lee Seo-jin was called 'royal'. He is the descendant of independent fighter, the late Lee Sang-ryong.

Lee Seo-jin's ancestor Lee Sang-ryong put true 'noblesse oblige' into action by giving up all of his wealth.

Yoon Moon-sik said, "Lee Sang-ryong was a great person. The fact that there are nine ancestors in the same family that served for the independence of their country, makes them a royal family indeed".

"Lee Seo-jin turns out to be from a royal family"
by HanCinema is licensed under a Creative Commons Attribution-Share Alike 3.0 Unported License.
Based on a work from this source