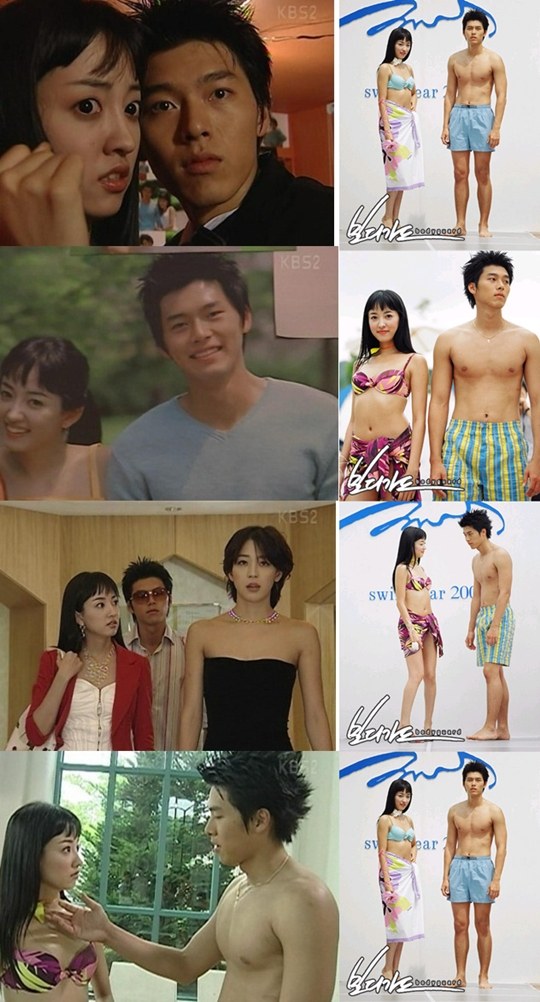 Actress Lee Se-eun and Hyun Bin's drama "Bodyguard" is being talked about by netizens.

On the KBS 2TV show "1 VS 100", actress Lee Se-eun made an appearance and attempted at the final one. MBC Han Seok-joon said, "There's a saying that every actor who's been with you have all turned out good. Lee Se-eun said, "We only met on the way to their success".

Lee Se-eun had worked with Hyun Bin in the drama "Bodyguard", Gong Yoo from "Be Strong, Geum-Soon!" and Kang Ji-hwan. She mentioned, "Hyun Bin was my stalker in the drama".

Netizens found pictures of the two in the drama. This was a drama broadcasted in 2003 when Lee Se-eun took on the role of Song Il-gook's little sister and strongly characterized model, Han Sin-ae.

Hyun Bin was also a model who was in love with her and stalked her. It was a short appearance and was even seen wearing a cheesy swimsuit.

"Lee Se-eun, "Hyun Bin was my stalker""
by HanCinema is licensed under a Creative Commons Attribution-Share Alike 3.0 Unported License.
Based on a work from this source