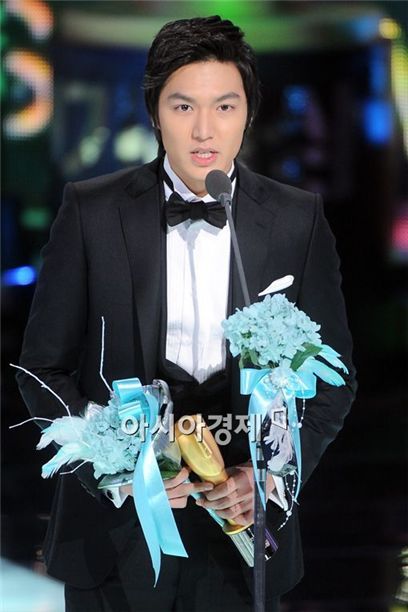 Korean actor Lee Min-ho is set to make a comeback to the small screen in April, according to television broadcaster MBC on Monday.

The actor has been cast for the lead role in a new MBC TV series, tentatively titled "Personal Taste", which is based on a novel of the same title by Korean writer Lee Se-in.

Lee will play the role of Jun Jin-ho, who pretends to be a gay man in order to become roommates with a woman who wants to live with a gay male friend.

An MBC drama executive explained that Lee's combination of "a sophisticated image and the appeal of a man" was perfect for the part and for fulfilling female viewers' fantasies. He also added that Lee's "gripping dramatic presence and his shameless acting" will be convincing for the viewers.

"I decided to do the drama as soon as I read the script", the actor was quoted as saying.

The 22-year-old actor, who debuted in 2005, rose to stardom after starring in the smash hit "Boys over Flowers" last year. The drama co-starred Korean actress Ku Hye-sun and idol group member Kim Hyun-joong of SS501.

"Personal Taste" is scheduled to air around April after "The Woman Who Still Wants To Marry" ends its run.

"Lee Min-ho to make comeback in new drama"
by HanCinema is licensed under a Creative Commons Attribution-Share Alike 3.0 Unported License.
Based on a work from this source