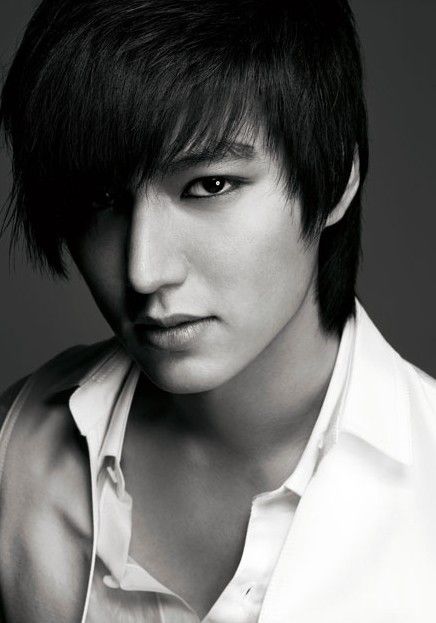 The actor announced on his Cyworld mini-hompy board Thursday afternoon that he had created his own account (http://twitter.com/actorleeminho) on Twitter, a popular social networking and micro-blogging service.

Lee made his first Twitter entry, saying "I want to ride a bike" along with a photo of himself riding a bicycle in a commercial.

He then 'followed' actor Jung Sung-hwa, his co-star in the recent MBC TV series "Personal Taste", and 'tweeted' to Jeong, "I made a Twitter account too. Teach me".

The actor also visited the Twitter page for filmmaker Park Gwang-choon, who directed Lee in films "She's on Duty" (2005) and "Our School E.T" (2007), and wrote "Director Park, it's me Lee Min-ho. The one you went to before was fake".

Last March, Lee's agency Starhaus Entertainment warned fans that a fake Twitter account had been opened up under the actor's name and had over 70,000 followers at the time. The agency was even seeking to take action to protect the actor's fans.

As of July 2, the number of followers on the fake account currently stands at 88,573 compared to 8,282 on Lee's official page.

The 23-year-old actor became a household name in Korea and throughout Asia last year with the success of KBS drama "Boys over Flowers", co-starring actress Ku Hye-sun and singer Kim Hyun-joong of SS501.

In "Personal Taste", he played a man pretending to be gay in order to move in with a female roommate, played by Korean actress Son Ye-jin.

"Lee Min-ho sets up official Twitter account"
by HanCinema is licensed under a Creative Commons Attribution-Share Alike 3.0 Unported License.
Based on a work from this source