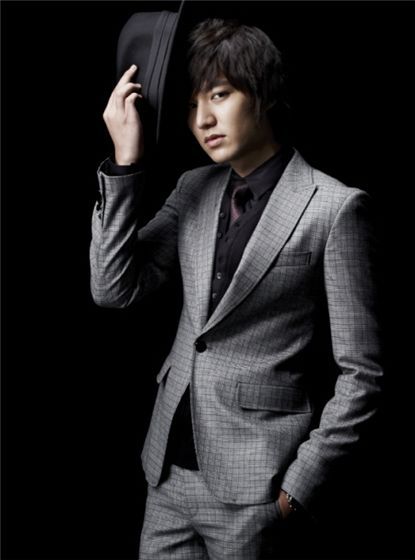 Korean actor Lee Min-ho has been cast in an upcoming Korean small screen adaptation of the Japanese comic "City Hunter", according to the show's PR firm 3HW COM on Monday.

"City Hunter", originally a Japanese manga series by Tsukasa Hojo, is about a private detective named Ryo Saeba who works to get rid of crime in the city of Tokyo during the latter half of the 1980s.

3HW announced that Lee will be playing the role of Ryo Saeba in the Korean drama version which will be based in present time Seoul, making it the first time the comic will be turned into a drama.

"Many famous directors and actors requested to remake 'City Hunter' but the original author had various demands which halted any productions to be created", an official from the show explained. "However, the author was satisfied with Lee taking on the lead role for the Korean adaptation due to his appeal and energy".

The new drama is schedule to air in the first half of next year.

Lee, 23, first appeared in various TV and short dramas in 2006. He rose to stardom in Korea and throughout other Asian countries playing the role of Goo Jun-pyo in the Korean adaptation of "Boys over Flowers" (KBS, 2009) alongside actress Ku Hye-sun and actor Kim Hyun-joong.

His last small screen role was in March in the hit MBC series "Personal Preference ", in which he pretends to be a homosexual man, opposite Korean actress Son Ye-jin.

"Lee Min-ho cast in Korean adaptation of "City Hunter""
by HanCinema is licensed under a Creative Commons Attribution-Share Alike 3.0 Unported License.
Based on a work from this source