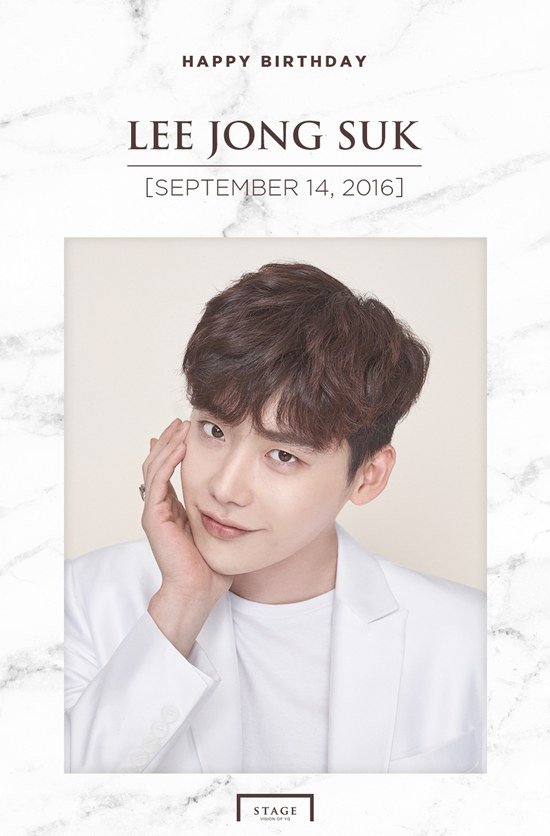 YG Entertainment released a celebratory message for Lee Jong-suk and his birthday.

Lee Jong-suk in the picture us wearing a white suit and cupping his face in his hands.

He celebrated his birthday at his fan meeting on the 10th of September in Seoul.

When he was going down from the stage, his fans held up signs to surprise him for his birthday.

Lee Jong-suk was touched and he told them all that he loved them.

Meanwhile, Lee Jong-suk is starring in the MBC drama "W" which has one more episode to go on the 14th.

"Lee Jong-suk's birthday poster on September 14, 2016"
by HanCinema is licensed under a Creative Commons Attribution-Share Alike 3.0 Unported License.
Based on a work from this source