Lee Jong-suk Finds Acting Harder as He Gets More Famous 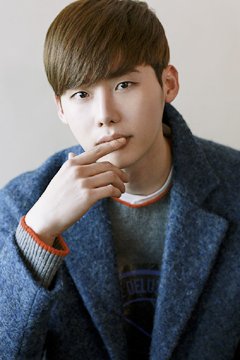 Actor Lee Jong-suk was lucky as it didn't take him long to climb from obscurity to stardom. Having made an acting debut in 2009, he soon made his name known by appearing in a series of hit dramas -- "Secret Garden" in 2010, "I Hear Your Voice" in 2013 and most recently "Pinocchio".

But it seems his enviable success does not really matter to him as he still feels he has a long way to go.

In "Pinocchio", a story about news reporters seeking the truth, he had a good performance and proved his potential to become a great actor. But reflecting on his six-year career, he said, "Living as an actor seems to become harder. I want to be a good actor so badly, but I don't think my acting has improved as much as I have wanted and that distresses me".

Lee seems to be setting the bar higher and higher. He said he is starting from scratch and is taking acting classes.

Lee said he can be immersed in his roles and grow as an actor only when he is praised as much as he deserves.

However, his aim for 2015 is not changing his persona or achieving more success but finding happiness. "The other day, I was asked when I am happy, and I couldn't think of an answer. I then realized that I'm not happy", the actor said. "I'm going to find happiness in the little things. I will be more grateful for the things that make me happy, not for my accomplishments.

"Lee Jong-suk Finds Acting Harder as He Gets More Famous"
by HanCinema is licensed under a Creative Commons Attribution-Share Alike 3.0 Unported License.
Based on a work from this source