Lee Jong-suk and Han Hyo-joo, you've never seen a couple like them 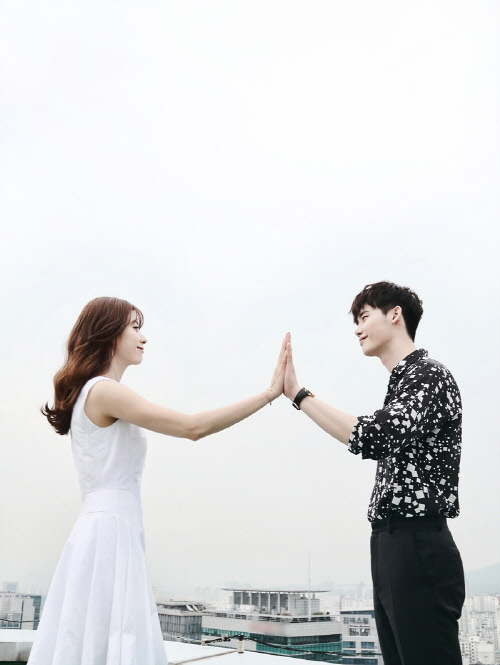 Their romance between a fictional hero in a web-toon, Kang Cheol and a doctor in the real life living in two different worlds is drawing huge attention. The link who will connect the two main characters will be no one else but Oh Seong-moon, a cartoonist played by Kim Eui-sung.

While the production team already revealed that Kang Cheol is a fictional figure in a web-toon, how he will be connected to Oh Yeon-joo, who lives in a real world has been garnering attention. The interesting fact additional revealed this time is that Oh Yeon-joo, the cardiothoracic surgeon is a daughter of Oh Seong-moo, the cartoonist in the drama, who created the character Kang Cheol in his work.

The production team revealed, "There are certain hidden rules for the way how Kang Cheol and Oh Yeon-joo, who live in completely different worlds connect to each other. It will be interesting to focus on how the incredible imagination to create the character in a web-toon as the main lead and how smartly the idea is implemented in the story through the special hidden rules".

"Lee Jong-suk and Han Hyo-joo, you've never seen a couple like them"
by HanCinema is licensed under a Creative Commons Attribution-Share Alike 3.0 Unported License.
Based on a work from this source