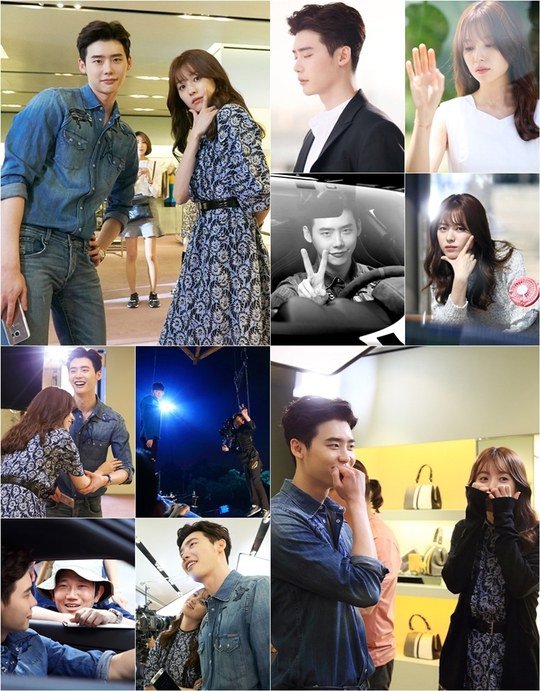 10 pictures of Lee Jong-suk and Han Hyo-joo were released.

The following pictures are of the couple behind the scenes of the new MBC drama "W".

Han Hyo-joo is a fan of the web-toon character Kang Cheol whom she meets in the fantasy world.

"W" production says, "They are working real hard in this hot weather and they encourage the others to work hard as well. The first episode is coming up on July 20th".

"Lee Jong-suk and Han Hyo-joo in "W", pictures gift set "
by HanCinema is licensed under a Creative Commons Attribution-Share Alike 3.0 Unported License.
Based on a work from this source