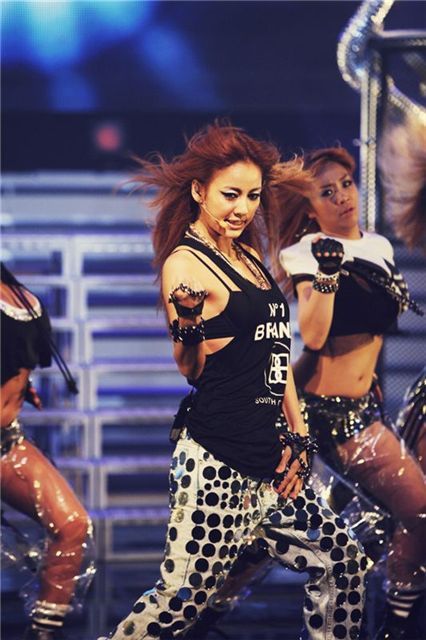 The songstress' title track from her fourth album "H. Logic" claimed the No. 1 position on the chart, pushing back last week's winner Rain to become the most-popular single during the week of April 12 to 18.

Lee had made a smashing return to the stage last Thursday with "Chitty Chitty Bang Bang" on Mnet's televised music program "Mnet Countdown".

Her song "How Did We Get" featuring Daesung of idol group Big Bang successfully entered the chart in second place, while "Hip Song" by Rain followed sequentially, climbing a spot from the previous week to rank in third.

Rounding out the top three albums were Rain's special album "BACK TO THE BASIC", which fell back one slot, and remaining in the same post as the week before was the original soundtrack to MBC TV series "Personal Taste" starring Lee Min-ho and Son Ye-jin.

"Lee Hyori new album reigns Mnet charts"
by HanCinema is licensed under a Creative Commons Attribution-Share Alike 3.0 Unported License.
Based on a work from this source