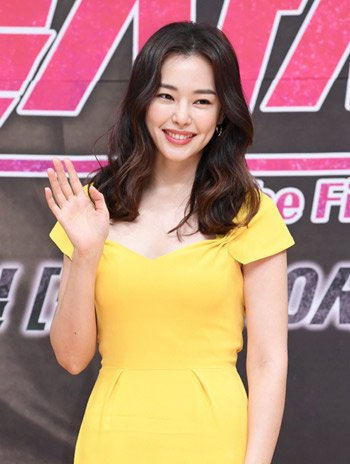 Actress Lee Honey has become one of the most sought-after stars after the back-to-back successes of her most recent projects.

Lee first proved her versatility playing a narcotics detective in the comedy "Extreme Job", which became the second-most successful Korean film ever, attracting 16 million viewers after its release in late January.

The tough guy-like role was considered at odds with her chic image, but she gave such a captivating performance that the audience and critics alike said they could not think of any other actress for the role.

Lee then brought a feel-good energy to the TV series "The Fiery Priest", which concluded last week. She convincingly played a prosecutor who experiences personal growth. The character transforms from a prosecutor who would do anything for her ambition and success to one who tries to realize justice for good people.

With these successes putting her in the spotlight, the movie-going public is eagerly awaiting her next project.

"Lee Honey Makes a Splash with Two Memorable Roles Back-to-Back"
by HanCinema is licensed under a Creative Commons Attribution-Share Alike 3.0 Unported License.
Based on a work from this source