Lee Bo-young on the way to work as a lawyer 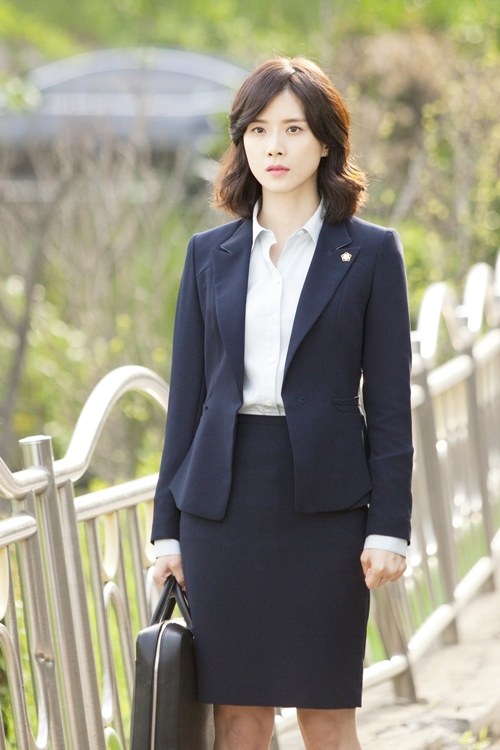 Lee Bo-young was seen going to work dressed as the lawyer she is in the upcoming SBS drama "I Hear Your Voice".

Lee Bo-young is a public defender who seems perfect but is actually rude and friend-less. She unveiled herself from the ice-cold princess image from the previous drama and transformed into a character who doesn't mind being thick faced and comical.

Lee Bo-young said, "I wanted to be like Jang Hye-seong before and I am happy to have been able to land on this role".

"I Hear Your Voice" is a fantasy romance drama about a public defender named Jang Hye-seong (Lee Bo-young) getting involved with mutant boy Park Soo-ha (Lee Jong-suk) and public defender Cha Gwan-woo (Yoon Sang-hyun). To be aired on the 5th of June.

"Lee Bo-young on the way to work as a lawyer"
by HanCinema is licensed under a Creative Commons Attribution-Share Alike 3.0 Unported License.
Based on a work from this source