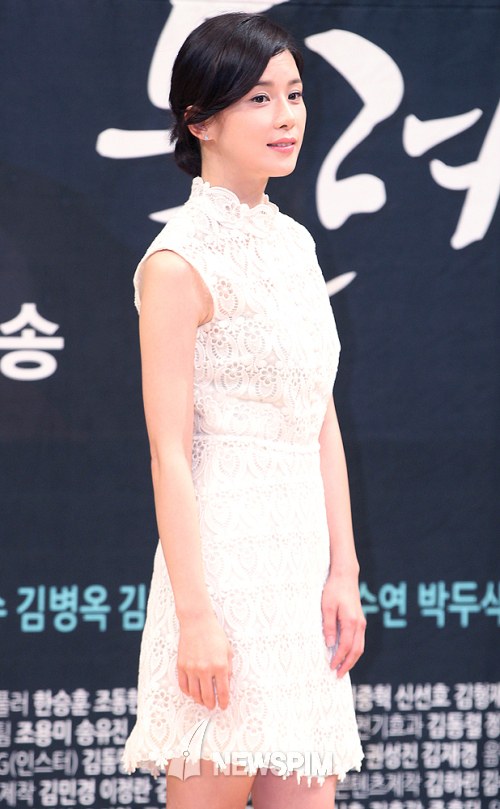 Actress Lee Bo-young mentioned at the premier event of the new SBS drama "I Hear Your Voice" on the 29th that, "It was tough after "My Daughter Seo-yeong"".

She said, "I was depressed after "My Daughter Seo-yeong". It was depressing having to let go of the character".

"I was down when I got the new script and I thought I was going to be able to recover soon as the first four episodes were really fun. I was then scared because the drama was becoming a thriller. I just want it all to go away".

At the words that Seo-yeong and Jang Hye-seong from the new drama seemed similar, she said, "If Seo-yeong was an uncommunicative character then this time she's a bright one".

Meanwhile, "I Hear Your Voice" is a court drama surrounding the cases and romance around Jang Hye-seong (Lee Bo-young), a mysterious Park Soo-ha (Lee Jong-suk) and lawyer Cha Gwan-woo (Yoon Sang-hyun). To be seen on the 5th of next month.

"Lee Bo-young "It was hard to let go of Seo-yeong""
by HanCinema is licensed under a Creative Commons Attribution-Share Alike 3.0 Unported License.
Based on a work from this source