Lee Bo-young in suit and casual 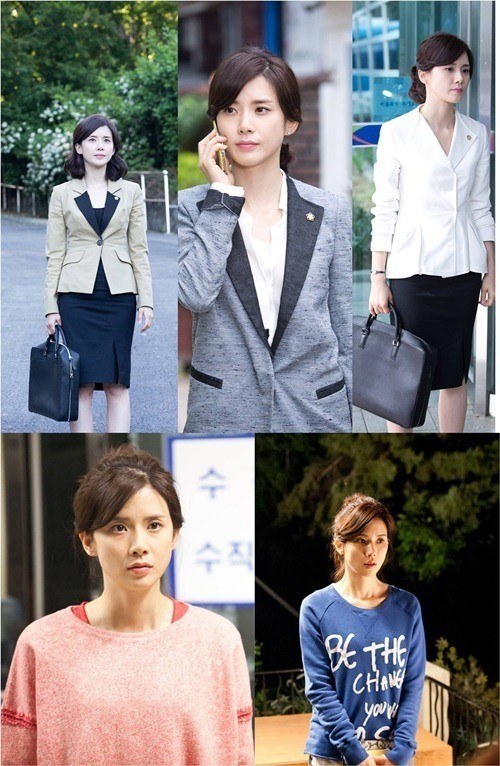 Lee Bo-young is starring as a bad tempered but loveable lawyer named Hye-seong.

Hye-seong is a public defender in the KBS 2TV drama "I Hear Your Voice". She's a character who wishes to show people only the perfect side of her and is always dressed in a smart suit. The colors of her suits are also in earth tones to emphasize her bad temperedness and her individuality.

However, Hye-seong after work is completely different. She takes off the suit and wears various casual attire with pants.

Previously, Lee Bo-young starred in the former KBS 2TV weekend drama, "My Daughter Seo-yeong" as Seo-yeong. This time, she's in a romance with actor Lee Jong-suk.

"Lee Bo-young in suit and casual"
by HanCinema is licensed under a Creative Commons Attribution-Share Alike 3.0 Unported License.
Based on a work from this source