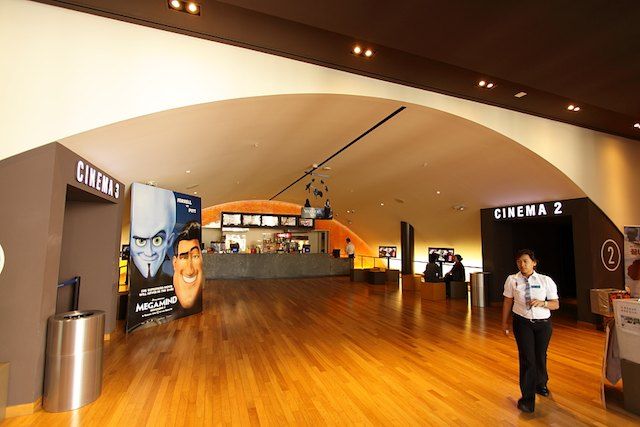 Koreatown in Los Angeles is called the "Seoul of the West". It's only 3 square miles (7.8 square kilometers) big, but over 120,000 people live there between shops and entertainment spots, almost all with Korean signage.

And while Hollywood movies capture most of the screens in the U.S., there are two cinemas in Koreatown which show Korean films subtitled in English. There is the MPark 4 – which opened in 2006 on Wilshire Boulevard – with four screens, one of which plays Korean movies from time to time. Further west is the new CGV Cinema, launched by CJ (Cheil Jaedang) in Madang Courtyard in June this year. It has 600 seats with three screens, and at this complex one of them will always be showing a Korean film. 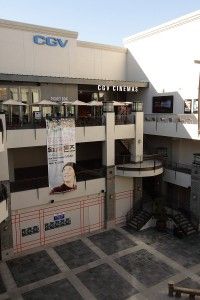 CJ, which owns the biggest cinema chain in Korea, reportedly wants to nurture a Korean way of seeing movies, complete with a gratis member service and a Cine Café serving muffins and hot chocolate, in addition to other menu items.

During its grand opening in June, CGV invited some Hollywood insiders to come and see "Blades of Blood", "The Servant", "Secret Reunion" and "Take Off", among other Korean titles. Now playing are the Korean movies "The Unjust", "The Man From Nowhere" and "Don't Cry For Me, Sudan", a documentary. All have English subtitles. Of course, mainstream Hollywood movies don't miss out. "Harry Potter and the Deathly Hallows, Part I" and "Megamind" play with Korean subtitles. 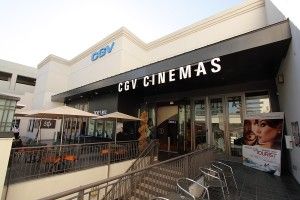 Lukas Schwarzacher is the author of four books on East Asian affairs, as well as a photojournalist published in such German-language media as Die Zeit, Frankfurter Rundschau and Die Presse. During his many years living in Asia, he also served as Japan correspondent for Variety and published Asia Movie Week from Singapore, covering the regional entertainment industry. He is presently based in Los Angeles.

"KoreaTown  Korean Cinema in Los Angeles, CA"
by HanCinema is licensed under a Creative Commons Attribution-Share Alike 3.0 Unported License.
Based on a work from this source