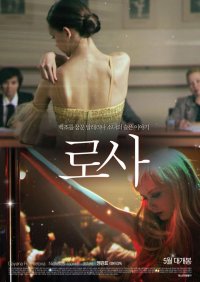 Synopsis
16 year old Diana from Uzbekistan was to attend the school of Bolshoi Ballet but as she wasn't going to benefit from the scholarship system after the collapse of Soviet Union, her dreams walked further away from her. She gets on the plane to Korea with stranger Mr. Jo as she hears she can make money there. However, the Korean dream she starts with the name Rosa isn't what she thought it would be...
Everything starts going haywire as time goes. Like the girl who became a swan under a spell, the 16 year-old girl seems like she will never make it through the lake called Korea.
Will she be able to achieve her dreams and undo the spell she's under?

View all 21 pictures for "Rosa"