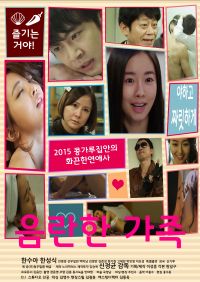 Synopsis
Yeon-woo is a 24-year-old youth working at the post office in a small town. She's in the golden age of her days, except she has an innocent and introverted personality, and she's far from the usual storm and gale of life.
She's hasn't even tried drinking yet, let alone coffee and those around her consider her still young. However, she's completely different from her family.
She has an irresponsible father, an impossible brother, a shameless grandfather and a very young brother. All they ever care about is...women.
Her father is already head over heels for a woman from out of town and her brother is also after the girl working at the coffee shop.
Her grandfather, who's after a granny at the nursing home and her youngest brother whose heart is out to the teacher, are nothing compared to her father and brother. The only person who deserves to be called the breadwinner of the family is her mother who runs a salon.
There's never a quiet day in the house but Yeon-woo's family make it through thanks to the women of the family who are responsible. Then one day, love finds Yeon-woo who never thought she would even hold a guy's hand her whole life. She finds an anonymous, analog letter in the sack of letters she delivers and finds more every day from then on. She is curious who the writer is and finds out it's her senior In-gyu. She falls for In-gyu but unfortunately, he's married with a wife and kids.
First love creeps up on her for the first time in 24 years, but he's married. Her reality is just too cruel.
Yeon-woo suffers from the love she can't have and her mother finds a new boyfriend, her brother's friend. His devotion for her awoke the passion inside her and the whole family is now out in the open.
To make things worse, the woman Yeon-woo's father had devoted body and material love to turned out to be a fraud and the family faces the biggest crisis of their lives. Will Yeon-woo and her family overcome this chaos?

View all 23 pictures for "Obscene Family"