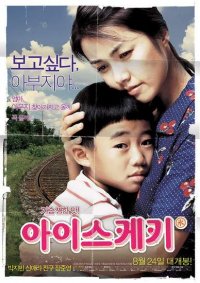 1969, Korea... Ten-year old Young-rae lives alone with his mother in the countryside. Life is difficult for them and his mother is forced to sell illegally imported cosmetics on the street. But Young-rae is plucky and can stand up to anything including defending his mother  anything except when other kids call him names for being "fatherless." So when he hears that the father he had only dreamed of is alive and living in Seoul, he makes it his life goal to get to city and find him. The only way to get there, however, is a long and expensive train ride. To raise money, Young-rae starts to sell ice cream bars. As his goal nears, will his dream come true?

View all 24 pictures for "Ice Bar"