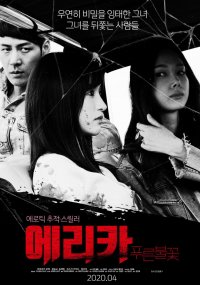 Synopsis
Extreme suspense against the backdrop of a blue coral island!

Erica is a dangerous woman who murders the boss of a yakuza and escapes. She becomes the target of the yakuza and is driven into an endless crisis of death and loses everything precious to her. Eventually, she found herself living in a deserted island. There, she met a newlywed Korean couple named Jun-hyeok and Hee-seon, and from there, their dangerous companionship begins...