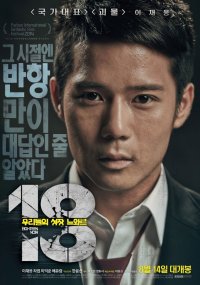 Synopsis
Dong Do is normal high school student. One day, he becomes friends with his classmate Hyun Seung and his bullying clique. Cigarettes and harsh words belched out of their mouths attract him, and friendship engaging violence gradually engages him. Meanwhile, he has a crush on Yeon Hee in the clique and the friendship returns to him as a fear for violence.