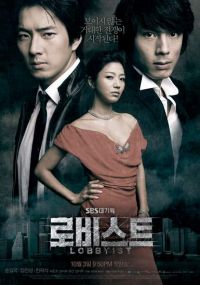 In the mid 1980s, Maria (Jang Jin-young) grows up in a quiet fishing village with Harry (Song Il-guk). Harrys father died when a North Korean spy snuck into the country and shot him dead because he was an Army commander. Harry and his sister move to America after the incident. Marias family also migrate to America soon after and Marias father takes a job as a bus driver. While living happily in America, a mugger kills Marias father one day. Meanwhile, Harry meets Maria by coincidence. When his uncle sexually molests his sister Suzie, he decides to run away from home with his sister.
10 years later... Maria is 20 years old and works as a bus driver. Her sister Eva graduated from a prestigious American college and works at the naval intelligence agency in Washington D.C. One day, she meets Evas boyfriend Tae-hyuk (Han Jae-seok) and begins to develop feelings for him. While working at odd jobs throughout his life, Harry challenges the Mafia to save his sister Suzie. The Korean wife (Kim Mi-sook) of the Mafia boss is impressed with Harry and she offers to let him join the gang. Meanwhile, Maria learns that the FBI is investigating Eva because she is under suspicions of trying to steal sensitive military secrets. When her sister dies under mysterious circumstances, Marias whole life changes all of a sudden...

View all 313 pictures for "Lobbyist"