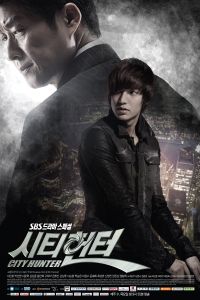 20 episodes - Wed, Thu 21:55
Synopsis
This intense, beautifully shot romantic thriller loosely based on a manga of the same name by Tsukasa Hojo, is a revenge drama done right.

In 1983, 21 South Korean military operatives are sent into North Korea on a secret mission. After completing their mission, they are executed by their own side by a government cover-up. The sole survivor, Lee Jin Pyo, watches as his closest friend died beside him. Taking his friend's son under his wing, Jin Pyo raises him as his own and trains him with one goal: to take revenge on the men responsible for this massacre.

Some twenty years later, a brilliant young man joins the international communications team of the Blue House (Korea's White House). Lee Yoon Sung (Lee Min-ho) has but one mission in mind: to find and bring down the five men responsible for the murder of his father. To do so, he must hide his identity and fighting skills to infultrate the government. During his quest for revenge, however, he also enacts justice, and is given the nickname "City Hunter" by the populace, who knows only of a shadowy figure exposing corruption in their city. Torn between his surrogate father's drive for vengeance and the innocent girl he loves, Yoon Sung must fight to survive, and choose the path he will take.

View all 847 pictures for "City Hunter"