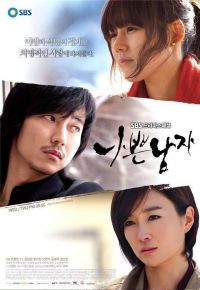 17 episodes - Wed, Thu 21:55
Bad Man is a co-production between South Korea and Japan
Alternative titles : "Bad Guy", "Bad Boy"
Visually stunning and immersive, "Bad Man" is a dark family/revenge drama about a man bent on the destruction of one family. Shim Gun Wook has an ordinary, happy childhooduntil one day he discovers he is the illegitmate son of the head of the Haeshin Company