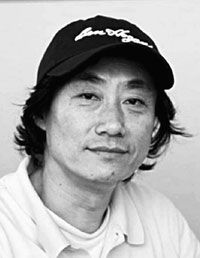 He started working in the movie industry in 1990 with This is the Beginning of Love (Director Mi-Rye Lee). After working in commercials and documentary productions from 1993, he debuted with Father vs. Son in 1997. He started to work as a professor at Kyungsung Universitys School of Theater and Film in 2000 and continued to produce several short films and music videos.