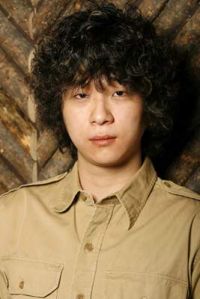 Taegu, age 21, was born and raised in South Korea, then immigrated to Canada in 1999. He is currently studying Jewelry Design at the George Brown College in Toronto. His ambition is to specialize in engagement and wedding rings. His inspiration to be a jewelry designer came from his mother who encouraged him to do something creative with his life. When So and Brad first approached him at a dance club in Toronto after one in the morning, Taegu thought that they were making a pornographic film. He said 'yes' anyway because he still wanted to be in a movie even if it might have turned out to be a porn.