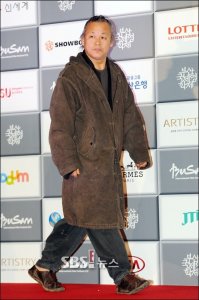 After studying art in Paris, KIM Ki-duk returned to Korea and began his career as a screenwriter and made his directorial debut with a low-budget movie called "Crocodile" in 1996. From the time he released his first film, he stirred up a sensational response from critics. After every film of his was released, KIM Ki-duk was evaluated and hailed by both critics and the audience for his hard-to-express characters, shocking visuals, and unprecedented messages. The characters that appeared in KIM Ki-duk's films were from the lowest trenches of society and were not welcomed anywhere. In such extreme circumstances, KIM Ki-duk drew out the innocence deep within the characters' hearts through a grotesque and malicious struggle. After his works had been selected by international film festivals, his name has grown in value and the general audience started to show some interest. With "Bad Guy," KIM Ki-duk has drawn over 700,000 moviegoers into local theaters expanding his limited popularity one step further to the mainstream. He continued on making internationally acclaimed films such as "pring, Summer, Fall, Winter and Spring" which was submitted to the Foreign Language Film section of the Academy Awards to represent Korea cinema along with "Samaritan Girl" ("Samaria") which won the Silver Bear Award (Best Director Award) at the 54th Berlin International Film Festival.