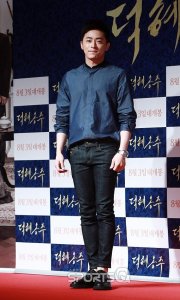 Jo Jung-suk started his acting career in theater, starring in the Korean rendition of Spring Awakening (2009) and Hedwig and the Angry Inch (2011), and stage adaptation of The Harmonium in My Memory (2012), among many other musicals and plays. After nearly a decade on the stage, Jo made his film debut as comedic supporting actor in 2012 box office hit Architecture 101, which became his breakout role. His versatility was further showcased by more serious turns in the television series The King 2 Hearts (2012) and Lee Soon-sin is the Best (2013), as well as film The Face Reader (2013) and now The Fatal Encounter (2014).