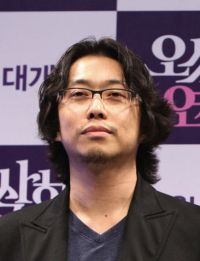 Director Hwang initially stepped in to the Korean film industry as a screenwriter for critically acclaimed films 2 Faces of My Girlfriend (2007) and Sisily 2km (2004). Since then, Hwang has been known as a storyteller capable of taking on any genre and building a solid story. In 2011, his first directorial debut with Chilling Romance has earned him the status of next-generation directors to watch in Korea. Hwang now moves on from the romantic comedy genre (Chilling Romance) and returns to the big screen with action-thriller Monster (2014).