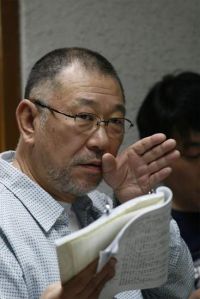 Choi Yang-il is Japanese from Korean origin.
His Japanese name is Yoichi Sai.