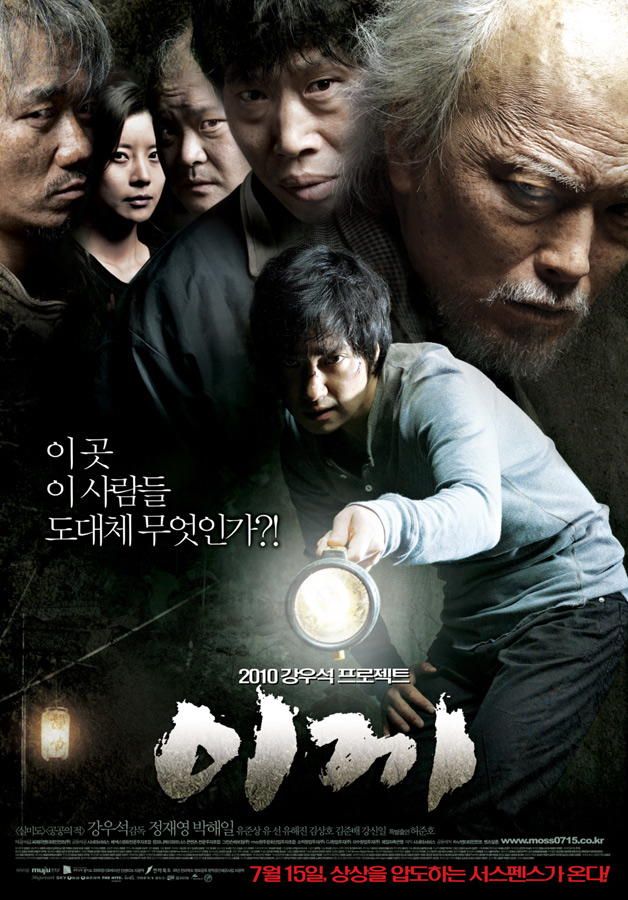 The mystery/thriller movie "Moss" originally was a webtoon (internet cartoon) written by Yun Tae-Ho. After few episodes were released, director Kang Woo-seok, who directed such films as "Two Cops", "Public Enemy" and "Silmido", happened to see it and he wanted to make this into a movie. Because filming started even before the webtoon was over, there are two different endings for this story. 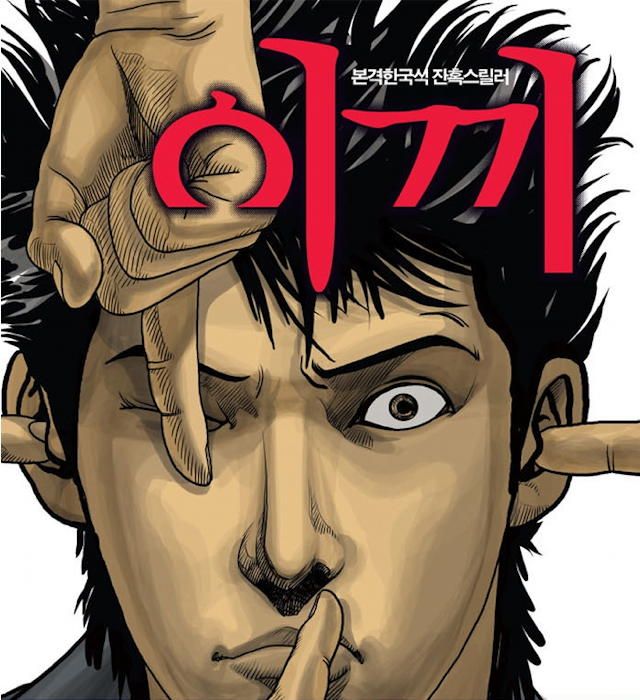 Due to the webtoon's popularity, many fans had waited the movie to come out. On the first day, 130,000 people went to theaters in Korea. Although, some people claimed that the webtoon was better than the movie, the movie still got great results; it had total of 3,370,000 audiences and received total of 15 awards from five different film festivals.

"Moss" is not about another serial killer, but rather a mystery that unfolds over 163 minutes. Yoo Hae-Kuk (Park Hae-il) visits an isolated small village to attend his father's funeral. Because he didn't have a close relationship with his father before, he wasn't going to stay there for a long time. However, everything related to the village – including his father's death – seems so suspicious, that he decides to investigate the truth. The village people act nice, but it's very obvious that they're not really welcoming him at all. As Hae-Kuk investigates, the secrets of the village start to unravel.

The village leader Cheon Yong Deok (Jung Jae-young) is not too happy about Hae-Kuk coming in to the village and unraveling the secret. He is the one who recruited all village people and set up the village. Everyone in the town look up to him as if he were a god. 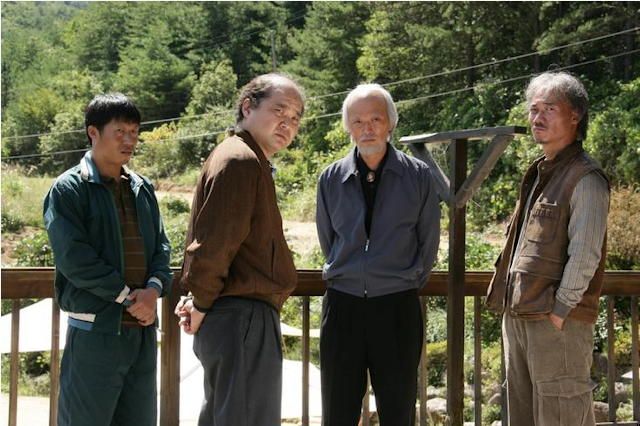 All the village people (Ha Sung Kyu, Cheon Suk Man, Cheon Yong Duk, and Lee Young Ji) have their own stories and these all related to the reason why people never leave the town nor welcome other guests. Hae-kuk's father, Yoo Mok-Hyung, was also a part of the town's secret, but as if he wanted to reveal this, he leaves all the clues for his son before he died. In the process of finding out all the truth, the village people try to kill Hae-kuk. But with helps from persecutor Park Min Wook, who has been relegated because of Hae-kuk, and Lee Young Ji, villager who deeply respected Hae-kuk's father, Hae Kuk safely and successfully uncovers the mystery.

The characters of the movie matched most of the actors well; however, there has been a controversy over casting of Jung Jae-young as the village leader. Despite of this controversy, he has done a great job acting so that he even won the Best Actor Award from the Blue Dragon Film Awards 2010.

"Korean Webtoon Turned Popular Korean Film  Moss (Ikki-as pronounced in Korean)"
by HanCinema is licensed under a Creative Commons Attribution-Share Alike 3.0 Unported License.
Based on a work from this source