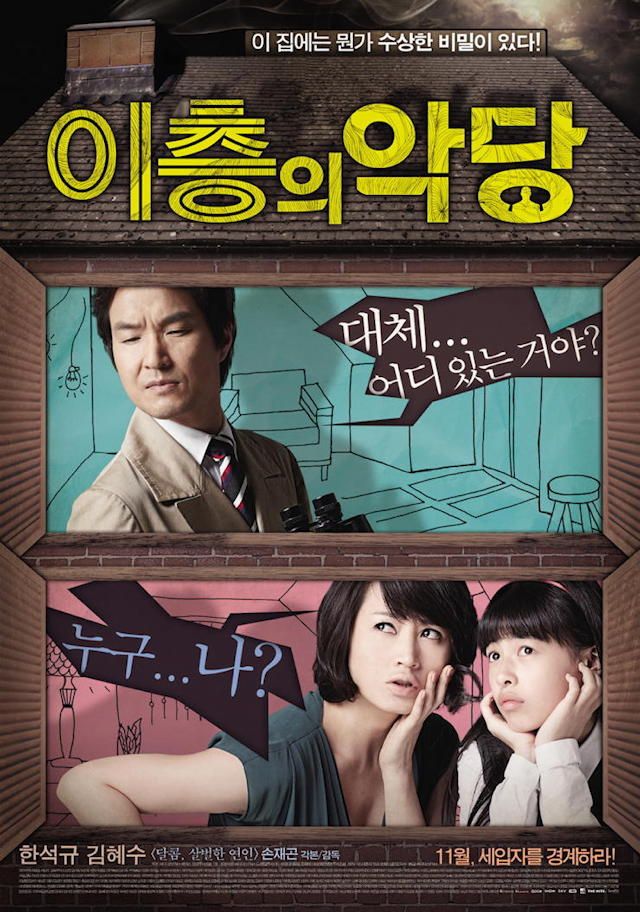 Korean movies released today and yesterday in Korea : "Villain and Widow", "Try to Remember", "Family Mart", "There is a Reason for My Misery", "Fetish" and "Ghost : In Your Arms Again"

Synopsis
Also known as "Villain on the Second Floor"
Han Suk-kyu, the charismatic South Korean spy in 1999's "Shiri", and Kim Hye-soo, the seductress in 2006's "Tazza: The High Rollers", team up as an odd landlord-tenant couple.

Yeon-joo (Kim) is a single mother who lives in a two-story townhouse with her middle school aged daughter.

To pay the bills, she decides to rent out the second floor of the house.

Her tenant is Chang-in (Han), who claims to be a writer. Although he seems like an ordinary guy, Chang-in seems to have come to the house with a purpose, and sneaks around when he can.

That would seem like cause for eviction for most, but Yeon-joo isn't like most landlords and is suffering a bout of depression. Meanwhile, her daughter is going through a normal teenage obsession with her looks, so she doesn't notice his odd behavior either.

But even though neither one of them is actively trying to put a stop to Chang-in's behavior, their respective problems serve to thwart his plans.

What does Chang-in want from Yun-ju's house? Who is he? The mystery unfolds with comical scenes between Yun-ju and Chang-in. 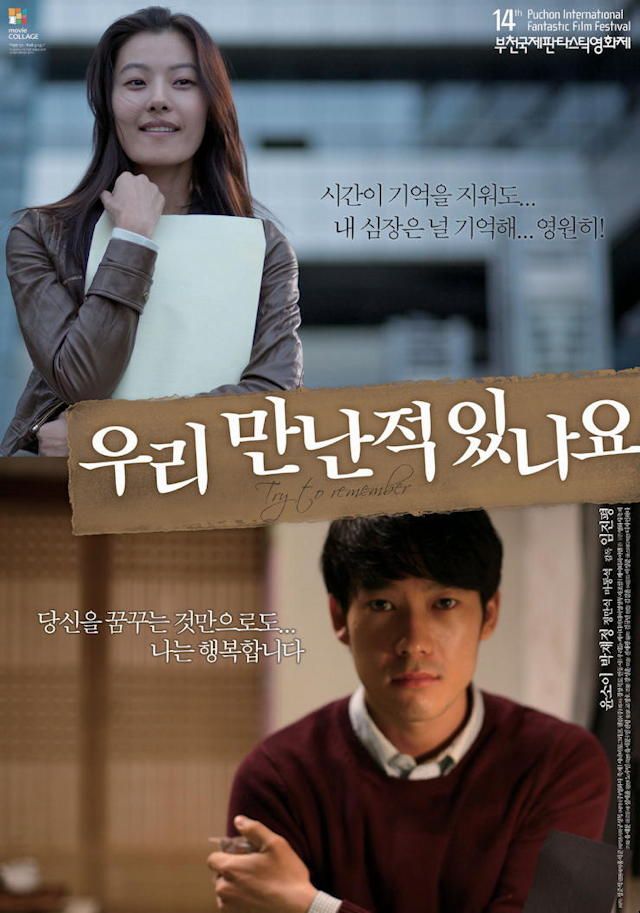 Formerly known as "Forever with You" (그대와 영원히, Geu-dae-wa Yeong-won-hi)
Synopsis
A man and a woman, despite hardly met before, they have been suffering the same dream and the same deja vu. A magnetic force leads them to Andong, the historic elegant city, and they find the anonymous woman's 450 year-old letter in a museum. A fantastic melodrama about love transcending time and space.
--
This is a fantasy romance between Eun-gyo, who strangely felt a déjà vu in Andong, and In-woo, who felt an unknown sadness after he read a letter of a woman in 450 years-old grave. 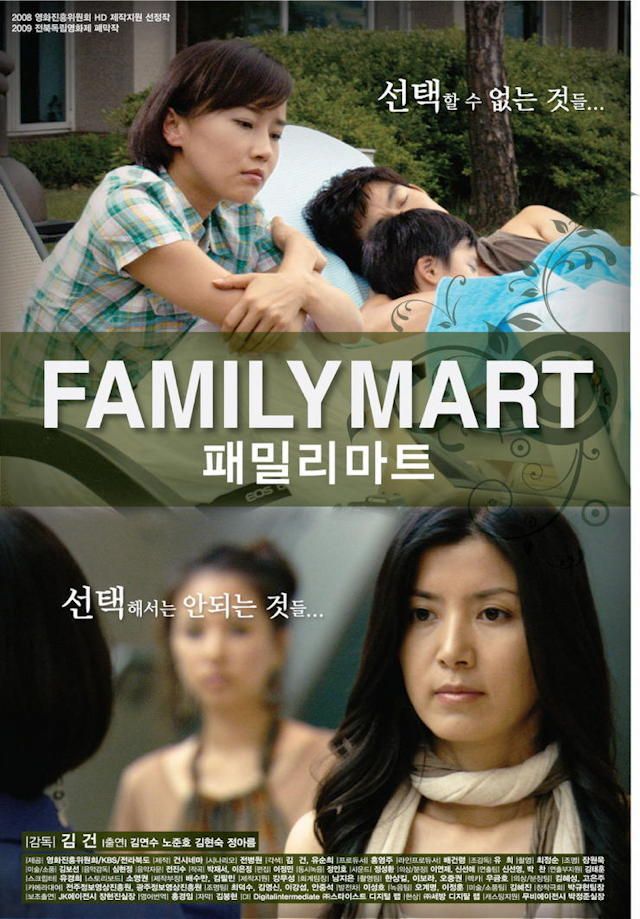 Synopsis
We broke up, congratulate me.
One day, Chan-yeong and Yoon-hee who have been married for over 10 years, get divorced. This divorce becomes a mystery to everybody since they were known to be a lovebird couple, who was the ideal model couple for newlyweds.
It's been one year after the divorce but Chan-yeong and Yoon-hee stay as good friends. Nobody can say that they are a divorced couple. It's just a different type of couple, like weekend couples or couples who respect each other's privacy perfectly.
This is the pure happiness, but why we are looking at different paths?
One day, Yoon-hee meets her friend, Seon-yeong, who she couldn't meet for a long time. Seon-yeong decides to stay in Yoon-hee's house for a while; the appearance of Seon-yeong brings a new opportunity for Yoon-hee to make a new family, with her son Won-e.
If I knew why we broke up, we wouldn't.
Chan-yeong, visits Yoon-hee's house to celebrate Won-e's birthday. He eventually found out that Seon-yeong, who lives in his ex-library, is placing himself for Yoon-hee and Won-e… 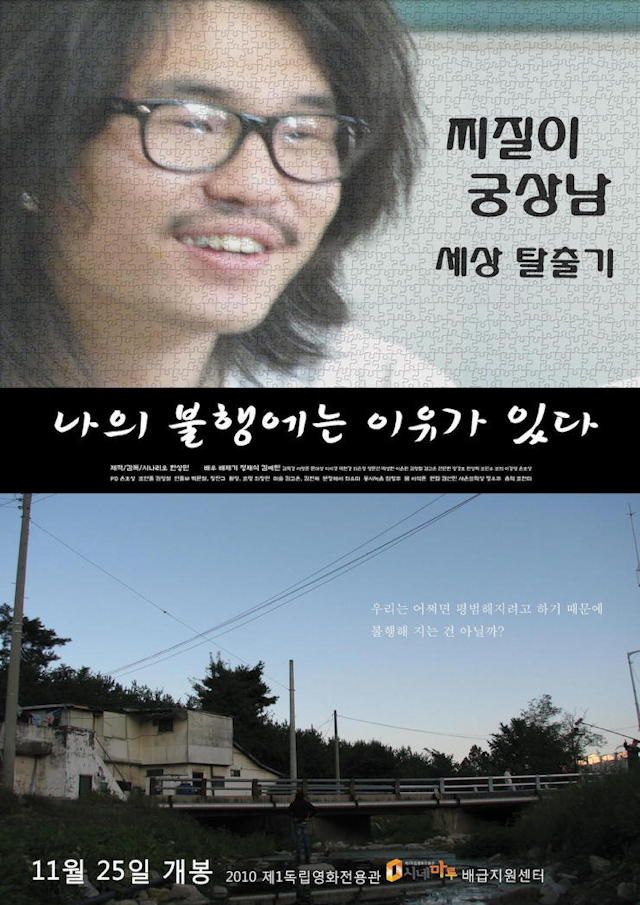 Synopsis
The girlfriend, who has been in a relationship with Je-gi for 2 years, suddenly wants to breakup with him. Je-gi, who has nowhere to go, impulsively steals money from the store he works for. He has to return the money to the owner, but the owner asks for a higher amount than what Je-gi stole. His friend Jae-sik, pays back instead of him, but Jae-sik wants his money by tomorrow. Je-gi has to pay back that money...

Intention of this drama
For all the situations, assailant and victim are divided. We want to show an uncertain limit of victim and assailant. As time passes, people want to live 'ordinarily'. But as we live normally, aren't we becoming unhappy? We want for people to feel happy and satisfying with their lives after they watch Je-gi, and the ending of the drama.

"Fetish" is a co-production between South Korea and the USA
Also known as "Make Yourself at Home" (시집)
Synopsis
"Fetish" is feature debut of the director Soopum Sohn, who was invited to PIFF and Cannes with his short [Fish in the Sea Is Not Thirsty] in 2000. The film has been noted since its early production stage starring the celebrated Korean actress Song Hye-kyo. In the upper class suburbs of New Jersey, Korean-American Peter is starting a new life with his mysterious bride, Sookhy, whom he met through a marriage broker in Korea. She chose this foreign country to avoid the power of shamanism, but her fate doesn't let her run way from it. The film portraits church-based Korean communities in states, where the traditional values are rather ignored by American pragmatism and conflict arises between two different cultures-orient and occident. The two cultures get close and wrecked, just as Sookhy tries to be American woman imitating her neighbor Julie. "Fetish" surprises and confuses the audience with its complexities of cultural context and religious madness. 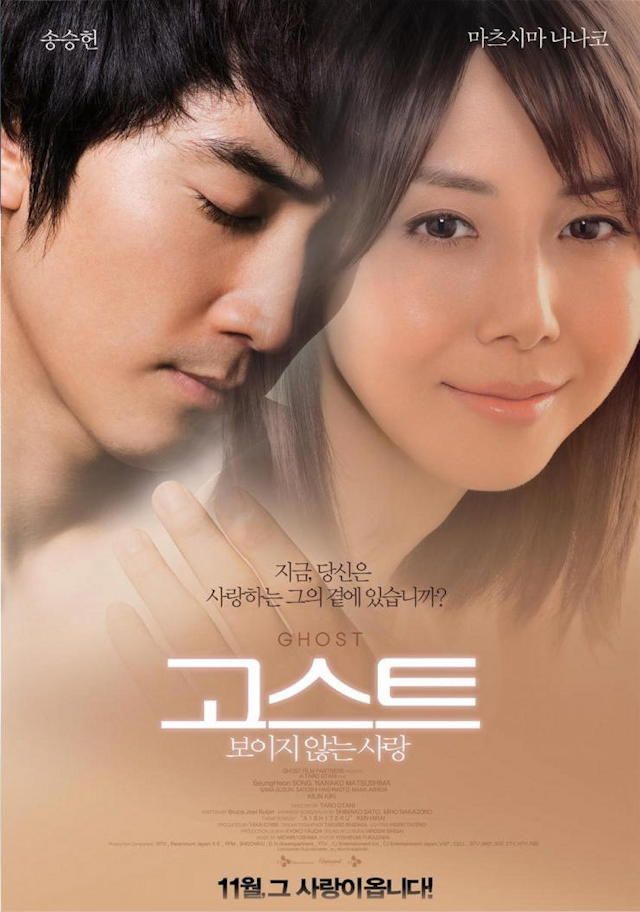 "Ghost : In Your Arms Again" is a remake of the 1990 American movie Ghost and is a co-production between South Korea and Japan. Previously titled "Love and Soul".
Synopsis
"Are you with the person who loves you right now?"
Nanami is a successful CEO and Joon-ho is a potter who went to Tokyo to learn pottery. They become a couple after many troubles but Nanami dies due to an accident. Nanami hangs around Joon-ho even after her death because she couldn't leave her loved one and then she eventually finds out the truth about her death.

Will they love each other once again?