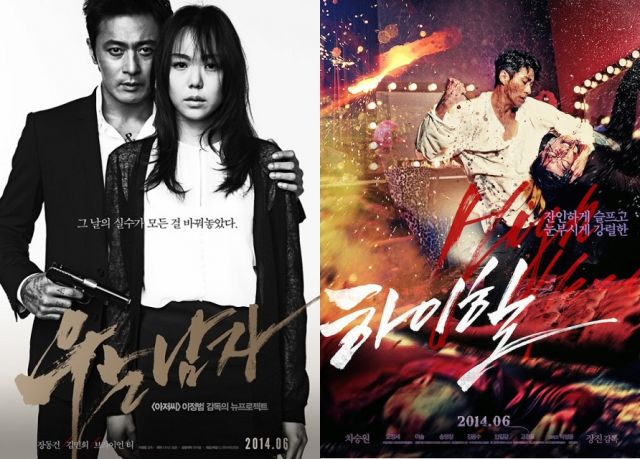 Korean movies have been less popular than Hollywood movies at the domestic box office so far this year, reversing the trend of recent years.

"No Tears for the Dead" and "Man on High Heels" are Korean movies that were released earlier this month and star well-established actors like Jang Dong-gun and Cha Seung-won. But they have failed to receive much attention.

According to the Korean Film Council on Tuesday, they have so far attracted 570,000 and 310,000 viewers respectively, which pales in comparison to the Hollywood action movie "Edge of Tomorrow", which was released early this month and has drawn 3 million.

In 2012, ticket sales for domestic movies surpassed the 100 million mark for the first time, and for two consecutive years, Korean films were more popular than those from Hollywood.

In the first half of 2014, Hollywood movies got the better of Korean films by 5.6 percentage points.

Experts say Korean movies are suffering from the lack of a major hit. "Miss Granny", released in January, is the only one that drew more than 4 million viewers.

There were four of these super hits last year. With the year nearly half over, there are concerns that the domestic film market may not surpass the 100 million mark again.

"Korean Films Perform Poorly"
by HanCinema is licensed under a Creative Commons Attribution-Share Alike 3.0 Unported License.
Based on a work from this source