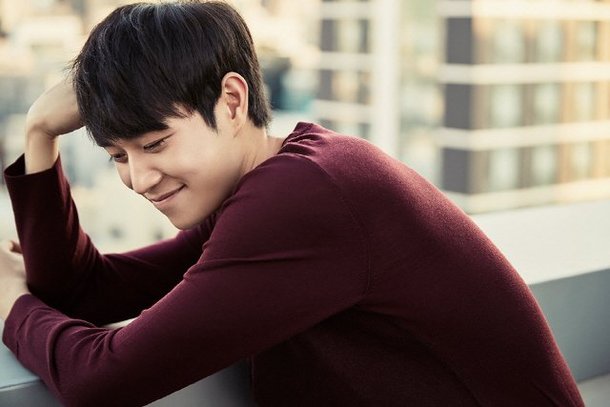 Rookie Kim Young-dae became a hit in "Just Too Bored".

He took on the role of Woo Seung-woo, a reserved, brusque but whimsical character. "Just Too Bored" ended on the 8th and left behind the impression that Kim Young-dae's performance was better than the average rookie's.

Kim Young-dae claimed he was happy to have been who he was in "Just Too Bored" with amazing people. He thanked the viewers and vowed to get better.

Kim Young-dae is a part of Outer Korea Management which also houses a bunch of actors and comedians such as Jung Jae-young, Choi Woong, Yang Sang-gook, and more. Kim Young-dae debuted in a web-drama called, "Crushes - Special Edition" and made a good impression of himself in the following "Office Watch Season 2". There, he earned the nickname 'deliveryman Gang Dong-won' because he looked like the top star.

"Kim Young-dae Makes a Name for Himself in "Just Too Bored""
by HanCinema is licensed under a Creative Commons Attribution-Share Alike 3.0 Unported License.
Based on a work from this source